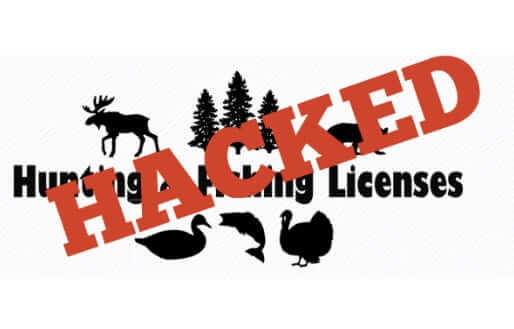 A massive data breach has occurred following the hacking of the servers belonging to Active Network, which processes online applications for hunting and fishing licenses in Oregon, Idaho, Kentucky, and Washington state. The hacker, calling himself “Mr. High”, claims to have acquired the personally identifiable information (PII) of those who have applied online for a fishing license or a hunting license in those states. Mr. High says that the information for each applicant includes their name, address,their date of birth (DOB), their height, weight, eye color, and the last four digits of their social security number (SSN). Some records also included email addresses and phone numbers.


In addition, says DataBreaches, Mr. High posted on the AlphaBay forum (Alpha Bay is a site on the dark web which people can use to buy, sell, and trade illegal substances and data), claiming that “I just hacked four websites and reported the security holes. Two of these were government websites. All of these websites pertain to one type of activity that requires registering PI. Each website is contained to one state. I got over six million pieces of personal information from these websites. This should make the news. I’ll list the exact websites once the security hole is patched and/or it makes the news.”

In a statement updated on Friday, the [Page no longer available – we have linked to the archive.org version instead] said that the breach likely only affected those who had applied for a Washington state hunting or fishing license online prior to June, 2006, although we have been unable to verify that or to find any of the other state agencies saying that. For their part, Active Network has been been silent, and most reports of the incident say that Active Network has not responded to requests.

Millions of Facebook Passwords and Other Passwords Stolen in Massive Breach by Pony Botnet Controlle...
What YOU Need to do RIGHT NOW Because of the Equifax Data Breach in Order to Protect Yourself
Hyatt Gold Passport Accounts Hacked
Smart Lightbulb Security Flaw Exposes Your Wifi Passwords
Security Expert Dan Geer: We Are All Intelligence Officers Now (Full Text Here)
4.6 Million SnapChat Passwords, Phone Numbers Stolen and Made Public - Nightmare for Parents
If You Get a Notice from GoDaddy that They are Suspending an Email Address DON'T Click on It!
Move Over White Collar and Blue Collar - the New Jobs in Town are 'New Collar'
15shares