Grambling Mayor Martha Andrus said, “The multi-city Wi-Fi services
provided by Invisi-Wire Broadband Networks will enhance the quality of life
for residents, students and tourists and enabe the cities to provide new
services that will spur economic development.”


Deployed and managed by Invisi-Wire Broadband Networks, a provider of
wireless broadband access solutions to rural communities as well as university
campuses. The Invisi-Wire system uses a robust multi-radio, multi-frequency,
and multi-channel transceivers strategically located to blanket its sixty
square miles. Wi-Fi is a technology that gives users the freedom to receive
and transmit data over the Internet at high speeds from anywhere within the
broadcast signal range. Voice over Internet Protocol (VOIP) service will also
available on the new network.

“This Wireless broadband service will have a dramatic impact on the way
people work, play and communicate around town. Its benefits are many, as it
enables new public safety services, attracts businesses, boosts tourism, and
supports education,” stated Louisiana State representative Richard “Rick”
Gallot Jr.

Affected by the Skype Outage? Skype Offers Refunds over Skype Problems
What is Zoom and Why is Everyone Using It?
How to Deal With Embarrassing Tech Mishaps When Working Remotely
5 Cool Google Messages Features that are Helping People Stay Connected
5 Practical Microsoft Apps You Should Have On Your Android or iOS Device
Massive Comcast Phone Outage Across the Country for Second Day in a Row
How to Block or Otherwise Thwart or Deal with Spam Phone Calls on Your Land Line and Mobile Phone
Next Gen 911 (NG911) and Swatting - How the New Next Generation 911 can be Exploited with Devastatin... 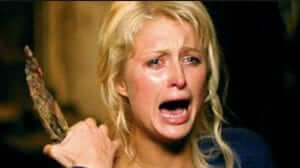