Share the knowledge
2,675
Note: The Internet Patrol is completely free, and reader-supported. If something that you find here helps you, please consider supporting us. We also earn a small amount from ads and Amazon links:

To iPhone 5, or not to iPhone 5? That is the question. User complaints and problems with the iPhone 5 seem to be growing daily. While no phone release comes without grumblings, Apple’s latest phone release seems to be rife with problems that has users less than pleased. Especially those who had to pay full price.

For starters, as we previously mentioned, it seems that iPhone’s first release since their huge breakup with Google is showing that perhaps it would have been better for them to just kiss and make up. The Apple Maps app has been a disaster of epic proportions, causing users to be given wrong directions and completely failing to show landmarks, entire cities, or making them appear as if they’ve just been hit by a nuclear bomb. It has been a PR nightmare for Apple, who is scrambling to fix the problem as fast as possible, having posted numerous job openings for map software engineers on their main site. 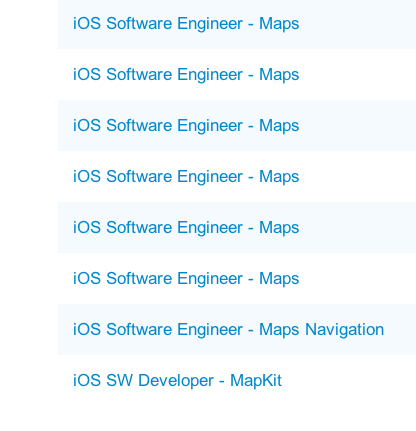 But beyond Mapplegate, there are several trending issues that users have with their new iPhone 5. For starters, the new handset appears to be more vulnerable to scratches and nicks than the last model, the 4S, and users are reporting that these nicks have occurred within just a few hours of receiving their new phones. In fact, the folks at the iFix it Yourself Youtube Channel let their small toddler daughter have at the iPhone 5 with some keys and a wedding ring, normal wear and tear, to illustrate just how easy it is to scratch it. They then let her bring down the same tiny toddler fury on the iPhone 4S, resulting in absolutely no damage:

In an email to a disgruntled user, Apple senior vice president of worldwide marketing, Phil Schiller, said, “Any aluminum product may scratch or chip with use, exposing its natural silver color. That is normal.” So there you go, you should apparently have a reasonable expectation that your iPhone 5 will scratch quickly and easily. Even if any of your previous versions, made with the scratch-resistant Gorilla Glass, did not. It’s the price we pay for beauty.

Another large complaint that is emerging is that the iPhone 5 is too light and too thin. One of Apple’s proudest achievements of this new version, its sleeker look, has drawn criticism from users that it is a broken phone waiting to happen. The buzz in the Twittersphere is that it feels light and cheap:

@MamacitaAngie I don’t know how I feel about iphone 5, it’s too light :/

@befroggled First meeting with the iPhone 5…too light. It’s following Samsung in the flimsy-feel department.

But still, some did jump to Apple’s defense:

Then there is the issue of leaking light. Many users are reporting that light from the screen is leaking out of the top of the phone – around the antenna and power button. While some find it a great way to find the power button in the dark, others find it a nuisance and chalk it up to shoddy workmanship.

Perhaps the most isolated, and bizarre, complaint so far has to be our favorite. It comes from a wptv.com reader who goes by the screen name “HeidiEustice”:

“I am upset because Apple has automatically put Columbus Day PERMANENTLY (I’ve treid (sic) to delete several times, also tried to replce (sic) the words w/ edit) on the Iphone (sic). I am embarrased(sic) to even aknowledge(sic) this “holiday” as it is an archaeic (sic) view. Everyone is now aware of the atrocities that ‘the New Americans’ comitted(sic) against the Native Americans. Shame on you Apple!”

So if you are in the market for a new iPhone, is it worth it to get the iPhone 5, or just go for the now cheaper iPhone 4S? Speaking personally, I have had the iPhone 5 for 3 days now and I have to give it a big resounding….”meh.” It is my first iPhone, but I’ve had the iPad, iPod and iPod Touch for several years. My user experience with the iPhone 5 has been the feeling that I am essentially working with a much smaller iPad. I live by iTunes, so it is nice to have iTunes right on my phone, but other than that, and the ability to make phone calls, I don’t have anything new that I did not have on my other Apple devices.

In terms of the Apple Maps app issue, I have GPS in my car so have not had to contend with accidentally ending up in the middle of a lake, when I just wanted to find the closest Starbucks, but if you feel lost without your Google Maps. you can just access it through Safari on your phone. It will even give you the option to put a widget right on your homescreen. Just don’t expect voice guided instructions, it will make you read.

So if you are like me and this is your first iPhone, or you’re not a rabid Apple fan who has to get the iPhone 5 simply for the sake of saying you have the newest version, the iPhone 4S may be a good option for you. Hopefully by the time the next iPhone rolls around, Apple will have heard enough of an uproar from its users that it will prompt them to fix these missteps.

How to Clean Your Apple Watch Milanese Loop Watch Band
How to Delete Internet History and Search History from Internet Explorer, Safari, IE7, Firefox and G...
Warning: iTunes Gift Cards Can Only be Used in the Country in Which They Were Purchased
How to Use Your iPad or Android Tablet as a Second Display Monitor Screen
Why the Subject Line is the Most Important Part of Your Email
Fixing the Dreaded iPhone Gmail "Cannot Get Mail" Error Issue
Where Messages are Archived and Stored on a Mac and How to Search All of Your iMessage Messages or i...
How to Fix the "To use the java command-line tool you need to install a JDK"
Share the knowledge