The Internet has opened to many of us opportunities to communicate, to share information, and to learn about the rest of the world. We take this almost for granted in the United States. Many countries, though, run scared from the free flow of information and ideas, believing that by repressing the Internet they can continue to repress their population.

The Global Online Freedom Act of 2007, also known by its rather more prosaic name, HR 275, is a bill that would outlaw US companies from dealing with countries that censor the internet, and in particular from “disclosing personally-identifiable information about a user, except for legitimate foreign law enforcement purposes.”


Some US Internet and technology companies have been caught up as (we hope) unwilling participants in this repression. Yahoo, for example, turned over to China’s secret police the names of dissidents who had sent by email information the Chinese government deemed sensitive; Shi Tao was sentenced to 10 years in prison as a result. The Great Firewall of China prevents Chinese citizens using Google’s Chinese search engine from learning about human rights and democracy on the Internet, and Microsoft disabled blogs, written by Chinese users, criticizing the Chinese government.

Yahoo was, in fact sued for the jailing of the Chinese journalists, a lawsuit which was settled after Congress called Yahoo “moral pygmies”.

But China isn’t the only villain in censoring the Internet. In February, Pakistan, concerned about anti-Islamic content on YouTube, attempted to block domestic access to the video-sharing site. Their action resulted in two-thirds of the global internet population being unable to visit YouTube for several hours. Myanmar cut Internet access and closed Internet cafes in September 2007 during the protests and subsequent violent crackdown by the military government. Other authoritarian regimes including Belarus, Cuba, Ethiopia, Iran, Laos, North Korea, Tunisia and Vietnam are all known to block, restrict and monitor the free flow of information on the Internet.

For these reasons, Congressman Chris Smith (R-NJ) has reintroduced this bill, with the laudable aim of promoting free expression, and a free flow of information on the Internet, by preventing U.S. companies from aiding regimes who restrict Internet access. First introduced in 2007, the bill was approved by the House subcommittee that had jurisdiction of human rights, but the session ended before the bill could be brought before the full House for a vote. Smith is hopeful that this year the bill will gain approval. With Amnesty International, Reporters Without Borders, and many others supporting the legislation, its passage seems likely.

One thought on “Legislation would outlaw U.S. Companies Dealing with Countries that Censor the Internet” 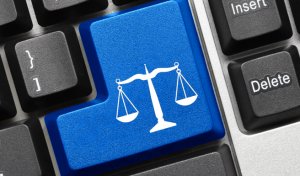 Google Gets a New Favicon