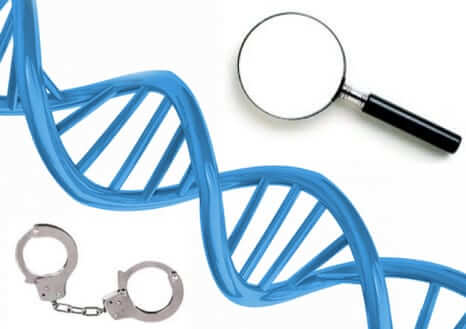 We’ve always said that submitting your DNA for DNA analysis at services like 23andMe, and AncestryDNA by Ancestry.com, is a bad idea, because regardless of what ‘good’ can come from it, the potential for bad is just too great. Having unknown actors have access to your DNA information is a violation of privacy of the most basic, and intimate, kind. Sadly, we were right. Law enforcement agencies are now using what is known as “familial DNA search” to go on DNA fishing expeditions, searching for near matches to DNA found at a crime scene.

Just ask Michael Usry, who found himself in a Through the Looking Glass situation that Terry Gilliam himself could not have scripted (well, ok, maybe Terry Gilliam could have, after all, he is Terry Gilliam).


At the end of 2014, film producer Michael Usry answered a knock at the door to find three men at his door, whom he was led to believe were local policemen investigating a nearby accident. They asked him to come to the station to answer some questions. Having nothing to hide, he went along, only to find himself given the third-degree about a road trip that he had taken to Idaho nearly 20 years ago, followed by one of the men (who turned out to be an FBI agent) demanding a saliva swab test, which he was advised he could not refuse because they had a warrant for it. (They had discovered the road trip information from Usry’s Facebook account.)

It turned out that they were not investigating an accident, as they had first told him. They were investigating the nearly-20-year-old murder of Angie Dodge, in Idaho Falls, and having run a familial DNA search on Ancestry.com, looking to match DNA found at the scene of the crime, they decided that Usry’s father’s DNA, which was in the Ancestry.com database, was a close enough match that it warranted (no pun intended) checking out Usry as a suspect.

Usry was eventually cleared, as the DNA that he was forced to provide with the cheek swab didn’t match the DNA found at the crime scene.

But should this have happened to Usry at all, and if not, at what point in the process does “this is not ok” kick in?

Some people think that there is no point at which this is not ok.

As Mitch Morrissey, a District Attorney and advocate for familial DNA searches says in an interview with Wired on the Usry case, familial DNA searching is an “innovative approach to investigating challenging cases, particularly cold cases where the victims are women or children and traditional investigative tactics fail to yield a solid suspect.”

Regardless of whether you think this is a good or bad thing, it’s reality. If you have contributed your DNA to 23andMe, Ancestry.com, or some other DNA analysis database, your DNA could be subject to a familial DNA search.

Usry’s father had actually contributed his DNA to the Sorenson Molecular Genealogy Foundation (SMGF), which started out as a primarily Mormon project through Brigham Young University, but with intention to collect DNA to map the world, to show that we are actually all related, and to show “how the similarities we possess are greater than our differences.”

Ancestry.com acquired that database, which is how all of those DNA samples became subject to the familial DNA search in Usry’s case, demonstrating with stunning clarity just how one’s DNA submitted in one place can end up being part of an agency search that one never anticipated.

The Electronic Frontier Foundation warns of the “extreme threats posed to privacy and civil liberties by familial DNA searches and by private, unregulated DNA databases,” saying that “if the cops can access private databases — especially private databases like Ancestry.com and 23 and Me that collect matrilineal and patrilineal markers — everyone’s risk increases.”

23andMe’s Chief Privacy Officer Kate Black, the first they have had, and then only since this year, told Fusion Net that “In the event we are required by law to make a disclosure, we will notify the affected customer through the contact information provided to us, unless doing so would violate the law or a court order.”

For their part, Ancestry.com has taken down the Sorenson database, which now simply has this message on the front page:

Sorenson Molecular Genealogy Foundation (SMGF) was founded in 2000 with the philanthropic goal of helping connect mankind. It was the organization’s goal through the sharing of genetic data, to show how the similarities we possess are greater than our differences. The site was created in the spirit of openness and it is in that spirit AncestryDNA purchased the DNA assets from SMGF to further its mission and support the intentions on which it was founded. Unfortunately, it has come to our attention the site has been used for purposes other than that which it was intended, forcing us to cease operations of the site.

That said, they have just taken the site down, they still have all of the DNA information.

If you have submitted a DNA sample to either Ancestry.com or 23andMe, you should review their privacy statements (here for Ancestry.com, and here for 23andMe).

Then, in our opinion, you should delete it.

How to Delete DNA Information from Ancestry.com

“If for some reason you decide you want to permanently delete your DNA Test from the AncestryDNA Website, you can click on “Delete this test” on the right side of the Settings page. Once you delete the test, your DNA test will not be recoverable and this action CANNOT be undone, so you must enter the password for your Ancestry account to confirm that you want to proceed with the deletion. Please note: in the event that you or we delete results, copies of that information may remain viewable elsewhere to the extent any such copy has been shared with others and copied and stored. Additionally, we may retain certain information to prevent identity theft and other misconduct even if deletion has been requested. Information that is removed or deleted may also persist in backup copies for a reasonable time for our internal business purposes but will not be available to you or others.”

How to Delete DNA Information from 23andMe

To have your DNA information removed from 23andMe, contact privacy@23andme.com.

[UPDATE: On October 21, 2015, 23 and Me announced that it had been granted approval by the FDA to provide health services. Whether that will mean that now 23 and Me will have to comply with HIPAA is unknown, but even with HIPAA, law enforcement can subpoena medical records.]

RFID Chips in Your Credit Card: Electronic Pickpocketing - True of False?
City Job Application Demands Passwords to Your Facebook, MySpace, Twitter, and Other Accounts
Transcript of Interview Given by PRISM Whistleblower Edward Snowden
Why New and Improved Siri Compromises Your Privacy Even More
ANA Admits This Week to Data Breach it Knew about While Fighting Breach Notification Legislation in ...
Online Version of the Bush Cheney CIA Interrogation and Torture Report
Phone Number Reputation ("PhoneID Score") Being Created Based on Two-Factor Authentication
Free Email Privacy and Security Tester
25shares

One thought on “Law Enforcement is Searching Ancestry.com and 23andMe DNA Databases” 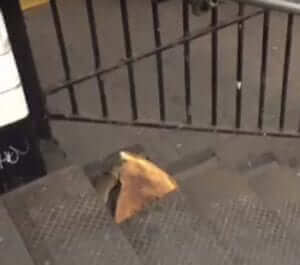 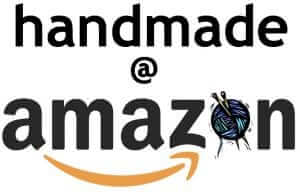 Will the New Amazon Handmade Offering be an Etsy Killer?
25shares