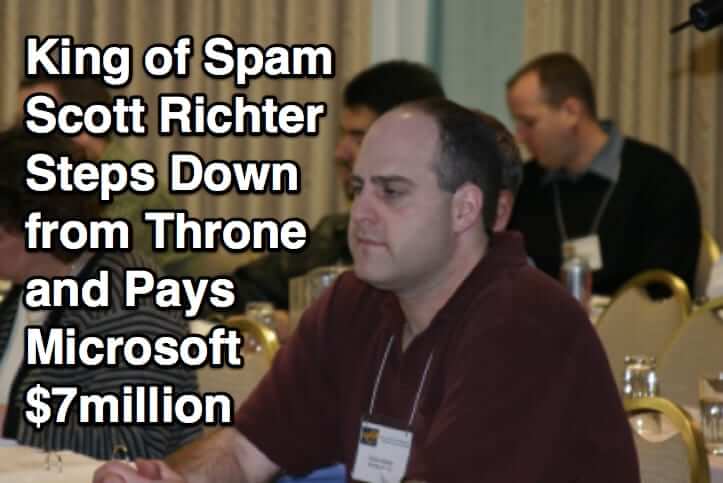 King of Spam (make that former King of Spam) Scott Richter has closed a chapter in his book of spam kingness, and has settled a lawsuit with Microsoft for a cool $7million. Which of course leads one to wonder just how much he actually made while seated on his spamming throne.

The settlement follows his filing for bankruptcy, which in turn followed the filing of coordinated lawsuits by both Microsoft, and New York State Attorney General Eliot Spitzer.

Scott Richter at an ISIPP Spam & the Law conference 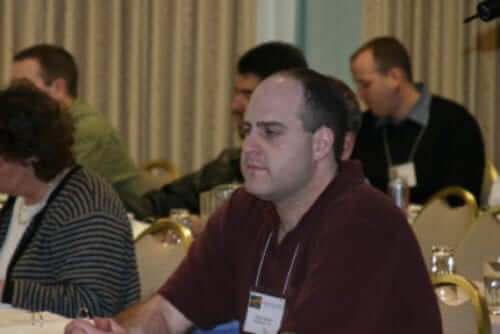 Said Richter, “In response to Microsoft’s and the New York attorney general’s lawsuits, we made significant changes to OptInRealBig.com’s emailing practices and have paid a heavy price. I am committed to sending email only< to those who have requested it and to complying fully with all federal and state anti-spam laws.”

Richter, once recognized as one of the top 3 spammers in the world, has been saying for quite some time that he plans to go straight (indeed he claimed to have already done so in this exclusive interview with the Internet Patrol), and recently surprised many by having his listing on the Spamhaus blacklist expunged.

“We have now proven that we can take one of the most profitable spammers in the world and separate him from his money. And I think that sends a powerful message to other people who might be tempted to engage in illegal spam,” said the chief counsel for Microsoft, Brad Smith.

As a sort of “Where is Scott Richter now?” update, as of 2019 he is running the Big Jackpot YouTube channel, and Krebs on Security noted in 2018 that he had a thriving typosquatting business using primarily domains that end in .cm instead of .com, so that when someone typos, for example, walmart.cm instead of walmart.com, they go to one of those sites, which will then give them all sorts of fake malware alerts and redirect them “to scammy and spammy Web sites.”

How Displaying Sender's Contact Image and Info in Email Allows Scammers to Steal from You
Mugshots.com Torn a New One by Judge for Charging for Removals
Teen Prosecuted as Adult for Having Naked Pictures of Himself on His Own Phone
Studies Show Nobody Reads Terms of Service
Explanation of What is Google LERS, Where to Find the Google LERS Portal, and How to Get Your Agency...
Is the FTC Going to Come After Me for Not Including My Mailing Address?
Hater Intentionally Causes Seizure in Epileptic Reporter with "Weaponized Tweet"; Faces Federal Char...
Administration's New Disinformation Governance Board Confirmed During House Hearing
Share the knowledge

Number of people who have enjoyed this article: 4,345