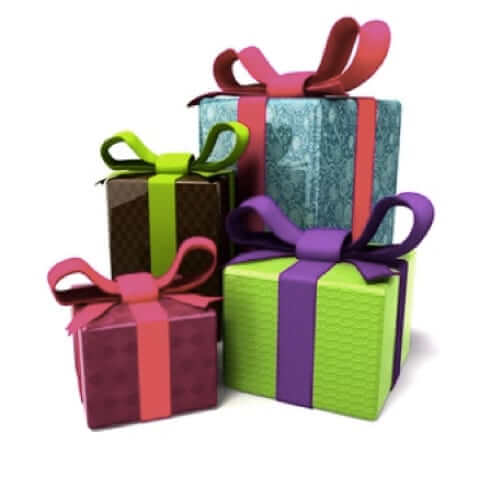 With Black Friday and Cyber Monday just around the corner, we surveyed our readers, asking them what is making their best gift ideas list this year. Here are their suggestions.

Delightfully, many, many of the responses were things such as “time spent with a loved one”, various sorts of experience-based gifts (including travel, or even just taking someone out to dinner) and one reader even said “scholarship” (it was unclear whether they meant money for tuition, or providing scholarly company, but either sounds pretty good to us!)

When it came to actual items, much to our surprise, the clear ‘winner’ (i.e. it was mentioned more frequently than anything else) was “gift cards”. Apparently the taboo against giving gift cards (or cash) is a thing of the past!

And the top gift cards to give, our readers say, are Amazon gift cards, followed closely by Starbucks gift cards, which you can actually get on Amazon, here. In fact, you can get all sorts of gift cards right on Amazon, including for your giftee’s favorite restaurants, here.

And, if you realize that the last minute that you forgot someone on your list (or not on your list), you can send an Amazon E-Gift card and they will get it in their email, nearly instantly!

And, by way of a warning, if you are thinking of getting an iTunes gift card for someone on your list, do be aware that iTunes gift cards can only be used in the country in which they were purchased.

Perhaps not surprisingly, the vast majority of the non-experience, non-gift card gift suggestions were from the electronics realm.

While that was not surprising, the one that surprised us most – and is indeed likely to delightedly surprise the recipient (and they almost certainly won’t already have one) is a sound bar for their television.

Sound bars have become increasingly popular in the last few years, in part owing to the increasing popularity of flat screen televisions. Sure, they are nice and thin – but so are their onboard sounds ‘systems’ (and we use the term loosely).

Here’s what the Klipsch audio site has to say about sound bars:

Sound bars owe their existence to flat-panel TVs. Sure, those skinny screens produce a crystal-clear picture. But their tiny built-in speakers can’t even reproduce dialogue clearly, much less deliver convincing explosions, car crashes and all the other mayhem that keeps us riveted by our favorite movies and TV shows.

TV speakers are not only undersized and under-powered, they’re almost always aimed in the wrong direction, firing sound downward or toward the wall behind the TV. It’s no wonder everything comes out indistinct and out-of-focus.

So the goal of the sound bar is to provide a sonic experience that more closely matches the TV’s lifelike picture. Equipment makers use a variety of methods to achieve that goal, and pretty much any sound bar you choose is going to sound better than your TV’s speakers. A lot better.

We couldn’t have said it better ourselves.

But how do you choose the right sound bar for that flat-screen owning person on your list?

Well, as Klipsch says, “pretty much any sound bar you choose is going to sound better than {their} TV’s speakers. A lot better.”

What if someone on your list doesn’t have a nifty, flat-screen TV? One of our readers suggested this 65″ Roku Smart Television (the 2017 model, which is still available on Amazon), saying that they had purchased the same one last year for the Superbowl for $1500, and that it was a “great tv”, noting that the model is now under $600. You can also get the 55″ version of the same television for $329.99, and the 49″ version for $249.99.

Somewhat more affordable electronics suggestions included a dash cam, a smart phone (ranging in price from as low as $30 to as high as $300, depending on the make, model, and OS), or a smart watch (ditto).

One reader, with a highly specific suggestion, suggested an AT&T prepaid cell phone “that meets EU radiation limits”. We were unable to find one to link to, but if anybody knows of one, please let us know in a comment!

On the other end of the spectrum from electronics, another popular suggestion was books! In particular the following books made the list:

For the photographer or the space nut on your list, you can’t do better than astronaut Scot Kelly’s Infinite Wonder: An Astronaut’s Photographs from a Year in Space.

Got a music lover on your list? You can’t go wrong giving them Bruce Springsteen memoir, Born to Run.

And for the cook or foodie on your list, says one reader, get them Yotam Ottolenghi’s Plenty.

Finally, for while they are enjoying watching their television, reading their book, or playing with their smart phone, a reader suggested “a furry massager/heater bag-like thing for your feet,” adding that it is “Just what you need for evenings in the ez chair in the midwestern winters.”

That sounds great to us, midwest winters or no. We couldn’t find one exactly like he described, but we did find this, which sounds just wonderful! It’s an enclosed heated Shiatsu foot massager!

Do you have other great gift ideas for the holidays? Please let us know in a comment!

Here's What the Different Shipping, Delivery, and 'Fulfilled By' Options Mean on Amazon
Amazon Echo Recordings and Fitbit Tracking Used as Evidence in Murder Trials - Smart Devices as Witn...
Twitter Breached, 235M email addresses exposed
The Hidden Dangers of the Amazon Echo: Friends, Children, and Even Your TV or Radio Can Order Things...
Yes You Can Become the OG Goat in a Minute
Amazon Announces 5% Rebate when Using Amazon Visa at Whole Foods
Amazon Announces Alexa-Enabled Wireless Earpod Competitor Earbuds - But are They Really?
Are the Amazon Echo, Google Home, and Siri Making People Less Polite?
Share the knowledge

Number of people who have enjoyed this article: 519