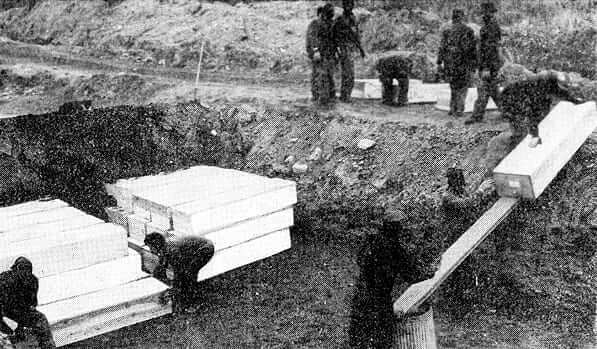 Hart Island in New York is a massive burial site for the poor and unclaimed. A mass grave cemetary, also known as a “Potter’s field”, Hart Island (sometimes referred to as Hart’s Island or Heart Island) is run by the New York City Department of Correction, and few living people, other than the Rikers Island inmates who dig the pauper’s graves, are allowed to set foot on Hart Island. Even for the relatives of the dead who are buried there, the New York City DoC grants visiting permission only rarely.

The term “Potter’s field” refers to land that is made of clay, from which potters would get their potting material, and, being good for nothing else, would be come a burial ground.

According to the City of New York Department of Corrections “New York City purchased Hart Island in 1868 to serve as its Potter’s Field — a place of burial for unknown or indigent people. It is the tenth Potter’s Field in the City’s history. Previous NYC Potter’s Fields were located at
the current sites of Washington Square, Bellevue Hospital, Madison Square, the NYC Public Library, Wards Island and Randall’s Island.”

Previous to its current role as a cemetary for the poor and unindentified, Hart Island had served as a TB quarantine site, a boys reform school, and even a prison camp during the civil war. However, since 1869, Hart Island has served primarily as a burial ground, with both the poor and the homeless, as well as unclaimed bodies, being buried there, along with amputated limbs. Bodies are buried in trenches, with adults going into one trench, and infants into another.


And nearly all in unmarked graves.

And this is where the Internet-based Travelling Cloud Museum comes in. 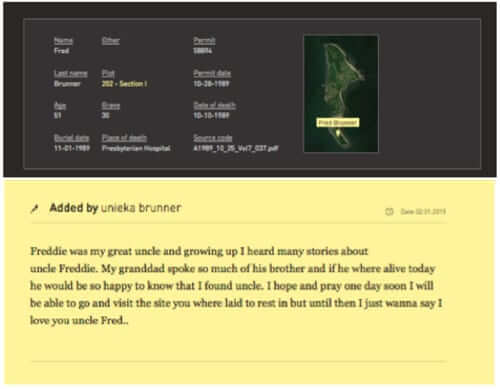 In an interview with NPR, Hunt explains that “These stories are interesting because they’re a little more complex than, say, somebody who had a straightforward life and a perfect family and the way obituaries portray people, which nobody’s life really is.”

You can visit the Traveling Cloud Museum here.

Hofeller Files including Redistricting and Census Documents Posted Online by Daughter Stephanie
Digital Nudging - Like Dark Patterns Only More Polite
Charlottesville Incident Gives Rise to Social Media Mobs and Online Justice
PDX Carpet is Darling of the Internet
Searchable Full Text of Whistleblower Complaint Regarding President Trump
What is a GPO? We Explain
What Does Deplatforming Mean? And is Deplatforming Legal? Here's the Info
Panic-Shaming in the Time of Coronavirus
Share the knowledge

Number of people who have enjoyed this article: 2,917