Remember how we told you about the women on MySpace who outed the guy who was playing them all? Well, this time, it’s happened to a married man who was posing as a Federal marshal to get into women’s pants.

In real life Richard Kudlik, of Port Jefferson, NY, is a 43 year old maintenance worker who has been married to the same woman for 17 years. In his fantasy life, Richard Kudlik was single and a U.S. Federal marshal, complete with badge, uniform, and weapon. And apparently his fantasy played into the fantasies of several women, all of whom fell for his hoax, and bedded him, at least one becoming pregnant by him.


Cruising the Internet using the AOL username Off2hunt (along with “dhsfirerescue”, “usmarshal152”, and “usmarshallo67600”), Kudlik must have felt like a kid in a candy store.

But remember this: the Internet hath no fury like a woman scorned. And several of Richard Kudlik’s victims got together, and the end result was an online wanted poster which is credited with helping to bring Kudlik to justice.

Not just justice, but poetic justice, as Kudlik was arrested by – you got it- Federal marshals, for possession of a counterfeit U.S. Marshals Service badge.

According to the woman who spearheaded the Richard Kudlik outing, Pamela Brown, she dated Kudlik until she got an anoymous email saying “The man you’re dating is not who he says he is.” After some digging, Brown discovered and spoke with Kudlik’s wife of 17 years (any bets on whether they make it to 18 years?)

Once Brown’s story broke online and she put up the wanted poster, she started getting email from others who had been taken in by Kudlik. One wrote that “I have been periodically checking your website and I have to tell you that I think you are doing a great thing. If it spares one woman the humiliation of being mentally, emotionally or physically seduced then you have succeeded. The story that you wrote and that others wrote could have been written by me.”

Another told Brown that she had gotten pregnant by Kudlik, and their child “would have been 8 years old this july.”

Fortunately, as with the Jesse of MySpace story, the Internet is a smaller place than many realize, and if you don’t play nice, it’s a lot easier for your exes to find each other online than you may realize.

Do NOT Open the American Express Refund Authorization Email!
Facebook Phishing Scam Claims You Have Deactivated Your Facebook Account
Got a Paypal Message from text-pp.com-servicesupport@lsg.org? DON'T CLICK ON IT!
More Scammer Spam being Sent to Mailing Lists
How to Report Scammy Facebook Ads on Facebook
What is Neighbor Spoofing, Why People Fall for It and How to Thwart It
Newest Amazon Order Scam Spam
The YouTube "Warning: Your inbox is full, message not accepted" Scam 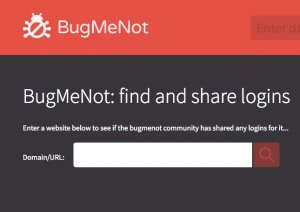