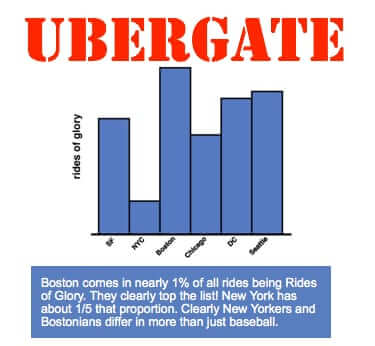 Some are calling it Ubergate. Still others call it the reason they will no longer use the Uber service (fortunately there are alternatives to Uber, like Lyft in the U.S., and Hailo in the UK and Ireland). First there was Uber’s ‘Rides of Glory’ (i.e. rides of shame), then came the alleged threat of an “opposition research plan” against journalists to spend $1 million to dig up information on “your personal lives, your families.” And thus #Ubergate was born.

The bottom line is that Uber has amassed a massive amount of private data, and it wasn’t afraid to use it.


First came the ill-thought-out blog post about Rides of Glory (i.e. rides of shame, like the walk of shame). To put it bluntly, Uber was mining its data to determine who was Ubering to and from one-night stands.

Said Uber, in that blog post, “One of the neat things we can do with our data is discover rider patterns: are there weekend riders that only use Uber post-party? What about the workday commuters who use us every morning? It was while playing around with this idea of (blind!) rider segmentation that we came up with the Ride of Glory (RoG).”

Now sure, they say it was blind, but they also know if you are sleeping, they know when you’re awake.

They went on to say that “A RoGer {Ed. note: a further unfortunate term, dontcha think?} is anyone who took a ride between 10pm and 4am on a Friday or Saturday night, and then took a second ride from within 1/10th of a mile of the previous nights’ drop-off point 4-6 hours later (enough for a quick night’s sleep).” 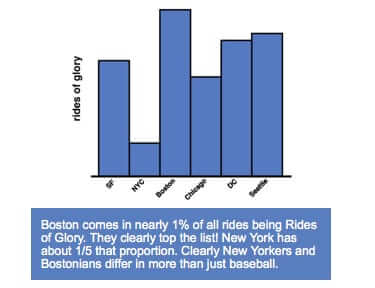 Now, Uber has since deleted that article, but it lives on thanks to the Internet Archives, so you can still see Uber’s Rides of Glory post here, in all its..uh…glory.

But far more distrubing, especially when you couple it with the above claim that their data delving was “blind”, is the alleged threat made by Uber’s Senior VP of Business, Emil Michael, to spend $1million to dig into the “personal lives” and “families” of journalists who have the gall to write negatively about Uber.

In particular, he was directing these remarks to journalist Sarah Lacy, whose column alleging sexism at Uber had apparently resulted in women deleting the Uber app from their phones.

A BuzzFeed journalist happened to be at the dinner at which Michael made the alleged threat, and in a follow-up article on BuzzFeed, BuzzFeed’s Ben Smith says that “At the dinner, Michael expressed outrage at Lacy’s column and said that women are far more likely to get assaulted by taxi drivers than Uber drivers. He said that he thought Lacy should be held “personally responsible” for any woman who followed her lead in deleting Uber and was then sexually assaulted. Then he returned to the opposition research plan. Uber’s dirt-diggers, Michael said, could expose Lacy. They could, in particular, prove a particular and very specific claim about her personal life. Michael at no point suggested that Uber has actually hired opposition researchers, or that it plans to. He cast it as something that would make sense, that the company would be justified in doing.” (Read Ben Smith’s full BuzzFeed article on Emil Michael and Uber here)

And as if this isn’t enough, earlier this year it came to light that Uber was having contractors crank call competitor Lyft, and then, of course, there is the infamous [Page no longer available – we have linked to the archive.org version instead], which has led to people being charged as much as $411 for a ten-mile ride and $539 for an 18-mile ride.

All of this spells trouble (but apparently not doom) for the beleagured Uber.

Personally, we’ll stick with regular taxis or Lyft, in the U.S., and Hailo in Ireland and the U.K..

Teen Driving App DrivePulse Offers Remote Tracking of Your Teen Driver
How to Remove Cookies from Your System for All Browser Types
Google Adds Everyone to Shared Endorsement Ads - How to Opt Out
Microsoft and Others Create ID2020 Alliance to Force Digital ID on All - Perhaps by Vaccine
You NEED to Know about Firefox Speculative Pre-Connections and How to Disable It
Yahoo: We Will Track You Even if Your Browser Says "Do Not Track"
Tesla: Data Security Hell on Wheels?
Court Rules Free Services Means You're Not a Customer, So No Privacy Protection 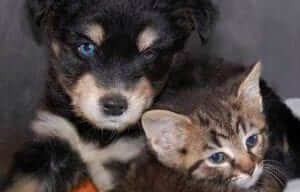 Send Donation Items to Your Favorite Humane Society with a Click! 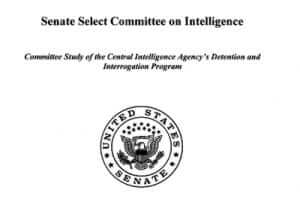