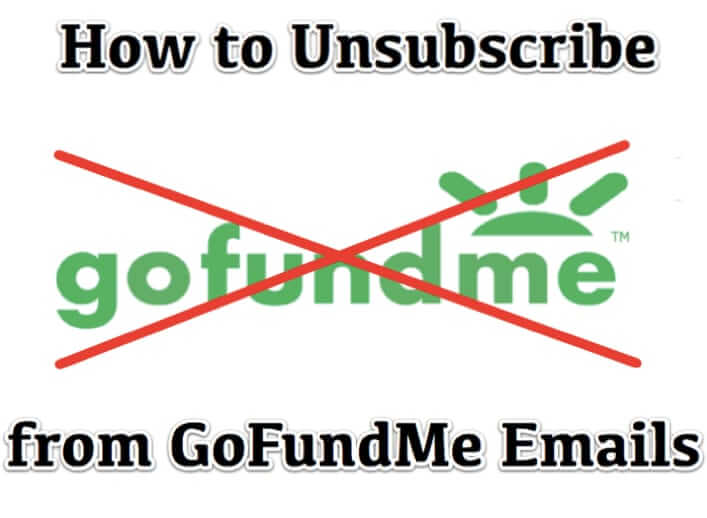 Doesn’t it seem like once someone adds your email address to GoFundMe, you can never get out of that nth circle of GoFundMe email hell? That is, of course, by design, because GoFundMe makes their money off the backs of their fund raisers and those who fund the fund raisers. So why would they want to make it easy for you to opt out of all GoFundMe campaigns?

They don’t. In fact, they make it darned-near impossible.

So how did they get your email address? Maybe you signed up and contributed to your friend’s GoFundMe campaign to help them raise enough money for that bottle of Patron Silver. Or maybe you even contributed to something really worthy, like to help a family who lost everything in the Paradise, California Camp Fire. There are all sorts of fundraisers that people host through GoFundMe (like this one, raising funds because their brother is “finally marrying off his oldest son”).

However, it’s equally likely that someone who was raising funds gave GoFundMe your email address in order to send you their fundraising request, and bam! now you are in the GoFundMe email system.

And so you start getting requests from people you don’t know, much like this one:

Mia [last name redacted] would like you to support HORRIBLE FIRE !!! by making a donation and spreading the word.

This page was created specifically to assist the Br[redacted]s and Alan [last name redacted] families.

Good day! I appeal to you with a pain in my heart, since tonight my good friends and very good people there was a fire in the house. A family of four, two children, 7 and 5 years old. Every…

View fundraiser
What is GoFundMe?

GoFundMe is the world’s largest free social fundraising platform and has helped millions raise over $5 billion for the people and causes they care about.

This email was sent on behalf of Mia Smith via GoFundMe.

Now here’s the thing: the person who received this does not know either Mia or the people for whom Mia is doing the fundraising. In fact, by nearly all metrics, this is spam, even if dressed up in do-gooding sheep’s clothing.

Here’s another thing: see where it says ‘Unsubscribe’? That link, if working, would take you to this page: 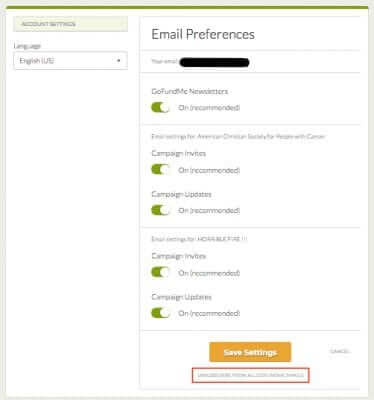 See where it says, at the bottom, ‘Unsubscribe from all GoFundMe emails’? 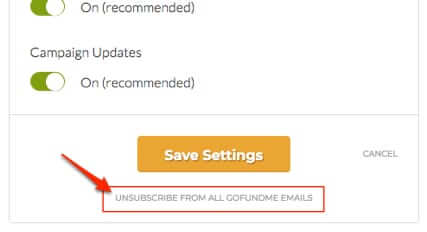 Because no matter how many times you set that to ‘Unsubscribe from all GoFundMe emails’, you will still get email from GoFundMe about new campaigns.

There is no way to unsubscribe from future campaigns, so that you don’t get notices and requests from newly created campaigns that happen in the future.

Even if you have no connection to the fundraiser or the cause whatsoever.

What that ‘unsubscribe from all emails’ really does is simply turn off the newsletters, and the current GoFundMe campaigns to which your ‘friends’ have helpfully signed you up. 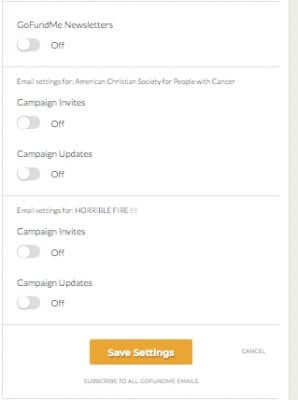 Much like the Hotel California, you can check out any time you like from existing GoFundMe campaigns, but you can never leave.

Trying to search GoFundMe help and support is equally useless. Searches for either of “unsubscribe” or “unsubscribing” turn up exactly one result (the same result for each), which has nothing to do with unsubscribing from anything other than a campaign from which you received a donation receipt but to which you did not actually donate (which of course is a whole other issue). 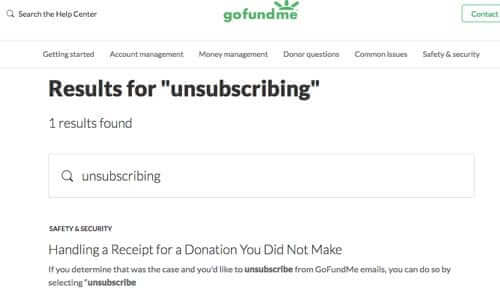 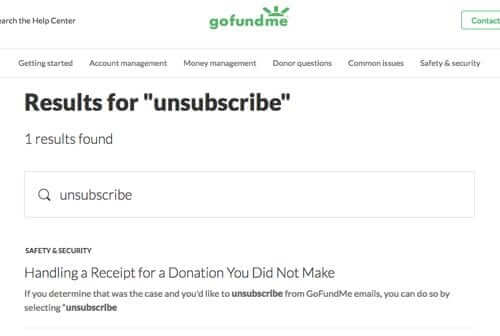 Even if by chance you do stumble on something on the GoFundMe site that seems like it should work, it spectacularly fails:

So then maybe you try contacting GoFundMe support directly through their contact form: 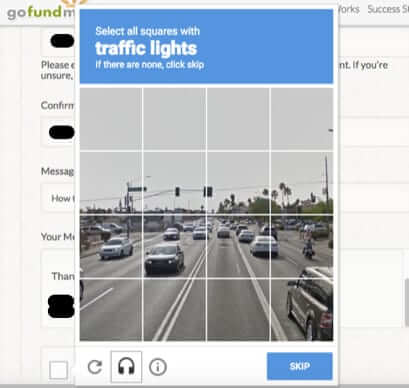 If you make it through their interminable captcha images (and by now you probably need a laugh, so we encourage you to watch John Mulaney’s hysterical yet accurate 90 second riff on captchas) you will be rewarded with this message:

Given that by this point any rational human being would be decidedly unhappy, the irony of the title “Customer Happiness Agent”, and them thanking us for our patience, is enough to be almost laughable – ahem, almost.

The lesson is, search all you like, on both the GoFundMe site, or on Google, and you will not be able to find how to effectively unsubscribe from all GoFundMe emails. Until now (because we’re going to tell you the secret).

Here is how to finally unsubscribe from all GoFundMe emails.

1. Send an email to support@gofundme.com requesting that they remove you from all GoFundMe campaign mailings.

2. Make sure that you receive back an email something like this:

Thanks for writing in to us and my apologies for the unwanted emails!

Have a great day,

3. If you don’t receive a response within a few days, re-send your original email. You will eventually get a response.

Now, of course, you should not have to do this. There should be a way to unsubscribe – in fact a one-step method to unsubscribe, as required by Federal law – without having to go through writing to support (let alone figuring out that is what you have to do!) But, as we said at the start of this, it is about GoFundMe making money. Much as with Facebook, you are not the customer, you are the product.

Emergency! Your phone is HACKED!! Email Supposedly from Tech Crunch is Spam
How to Customize the Toolbar in a Reply Email in Apple Mac Mail
How to Turn Off Notifications for Facebook Likes and Other Reactions
How to Set up or Change Your Gmail Signature
How to Stop Evite Email Spam (or as They Refer to Them Evite Notifications)
War Spamming War Driver Gets Whacked by CAN-SPAM
Save Money with Our List of the Best Free Streaming Services
How to Find Your Email Headers
Share the knowledge

2 thoughts on “How to Unsubscribe from All GoFundMe Emails”

Number of people who have enjoyed this article: 2,446