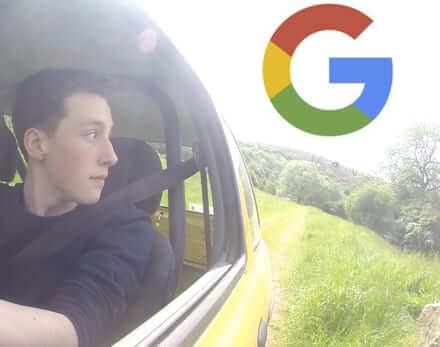 Now, we wrote a little over a year ago about how to opt out of interest based advertising generally, by essentially registering with the Digital Advertising Alliance’s (DAA) Self-Regulatory Program, which is similar in concept to “do not call”, only for interest-based advertising (also known as ‘behavioral advertising’), which in theory should also take care of those Google ads from following you around, if the company whose ads are following you around are signatory to the DAA’s program (and if, indeed, the program actually works).

However, there are lots of companies who are not signed on to the DAA program.

Moreover, we used the DAA’s program ourselves last year, and “opted out” from 96 companies, and today that same system showed us opted out from a grand total of exactly 1 company.

So, for those of you who want to stop Google from creepily showing you ads for places you have just visited online, here is how to opt out of Google’s interest-based advertising, and stop those ads from following you around the Internet.

How to Stop Google Ads from Following You around the Internet

There is also a third type of advertisement that Google has follow you around: ads that follow you around based on what you’ve searched in Google (the other two are based on sites you’ve visited). According to Google, these ads are “more relevant by considering your prior searches and you may see fewer ads; ads you see are more likely to be about products and services you have previously searched for, and as may be more appropriate for your age and gender based on anonymous demographic details.”

We’ll leave this to you to supply your own snarky translation of what it actually means, but suffice to say it’s the third thing that you need to turn off to minimize Google ads following you around.

Switch the switch next to ‘Ads based on your interests’ to OFF.

Now proceed to the next step.

Note that you still need to be logged in to Google to set these settings.

Note that there are two different settings that you will need to switch off here.

Switch the switch next to ‘Ads based on your interests beyond Google.com’ to OFF.

Now scroll down and switch the switch next to ‘Google search ads based on your interests’ to OFF.

Now ads won’t follow you around in Google (you will still see Google ads, but they won’t be based on the websites you’ve visited or your searches), at least until they somehow magically get turned back on again.