Now, unBaby Me replaces baby (and now political) pictures with funny pictures of cats. In the preferences area, there is also an option to replace the funny cat images feed with another images feed of your choice. That did not work so well for us – it still used the cat feed, and then the button to replace the feed stopped working altogether, so we didn’t get a chance to try replacing it with a blank feed (so that instead of non-political cat pictures, we would end up with no pictures in their place). But still, funny cat pictures is infinitely better than all the darned political images, don’t you agree?

Then you will be asked to install it (our tutorial here was done in Firefox – Chrome will be similar):

Now comes the fun part. When you first install unBaby Me, it will open a preferences page, where you can add extra keywords to trigger it.

Do you see what we did here?:

That’s all there is to it.

So how do you know it’s working?

It tells you, right on your Facebook timeline – in fact, above the cat picture, just so you know that the cat picture is courtesy of unBaby.me, it says, rather ominously, “Baby removed.”

By the way, in case you want to adjust your preferences after first setting them (such as to add more keywords), there is no easy way to get to them again. However, this link goes to the local resource on your hard drive that is associated with the unbaby.me extension, and will open up the preferences again:

Facebook to Launch "FaceCoin" Cryptocurrency Bitcoin Competitor
Use Open WiFi - Go to Jail
New Fakespot Service Helps You Spot Fake Reviews Online
Yahoo Chat Rooms: You Must Be Over 18 Now
How to Remap Command Q so that it Doesn't Quit a Program on Your Mac
What You Should Know About WhatsApp's Business App and WhatsApp Business API
How to Migrate Your Email from Yahoo to Gmail (or Any Other Place)
Amazon Boots Vendor Based on Fake Take Down Notice from Fake Law Firm
10shares

How to Run Android on a Barnes and Noble Nook Reader 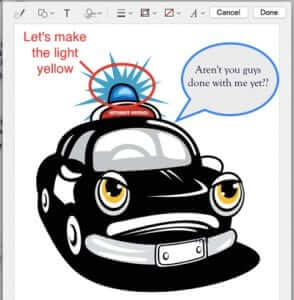