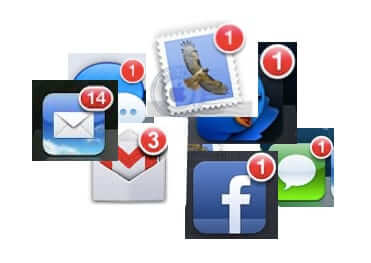 Ever since OS X Yosemite came out, people have found that no matter how many times they change and reset their notifications settings, if they restart their Mac, their notification settings are lost, and they start getting a bazillion annoying notifications again, from banners and alerts, to badges and buzzes. This is a known bug, and there is a (very obscure) way to fix it.

It is not, however for the faint of heart, because it does involve getting in under the hood, so to speak, and doing a little Linux work. However, it’s easy if you follow our step-by-step instructions.

First, using Finder, find the folder in your user directory called ‘Library’. It will be greyed or faded out, and that’s ok.

In the Library, find the folder called ‘Application Support’.

In the Application Support folder, find the folder called ‘NotificationCenter’.

Open a Terminal window. You will find Terminal in the Utilities section of your Applications folder. 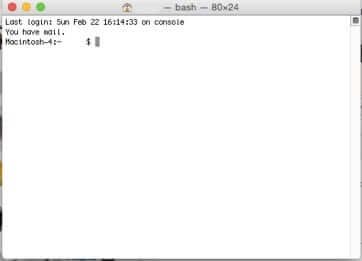 In the terminal window you are going to type the following three lines, in order, hitting ‘return’ after each line. Type these exactly as you see them below:

Now, set your notification settings the way you want them, and restart your Mac.

Now do it again.

Yes, that’s right, for some reason you have to both set your notification settings the way you want them, and restart your Mac, twice.

But we promise that it works, and that after the second time you re-set your notifications settings, and restart your Mac, they will be set the way you want them to be set.

We would be remiss if we did not give credit where credit is due. Dan Roesser posted this fix to the Apple forums, and he says that he got it directly through AppleCare from an Apple engineer.

How to Find a List of All of the Facebook Pages You Have Liked
How to Cancel a Rocksbox Subscription
How to Combine Images on a Mac
How to Host and Link to Videos Using Amazon S3
How to Use Your iPad or Android Tablet as a Second Display Monitor Screen
Latest in Apple FBI iPhone Wranglings: Just 1 Phone Turns Out to Already be at least 12 Phones (plus...
How to Send Yourself an Email Reminder at a Future Date
How to Transfer a Domain to Another Person with GoDaddy
Share the knowledge