This article is going to be controversial. Whether or not you should follow everyone who follows you on Twitter is a topic which engenders strong emotions and heated debate. In fact, in the past I have been accused of “game playing” because I had 1600+ people who follow me on Twitter, while I ‘follow’ fewer than 50.

Now I have a few thousand people following me, while the number of people that I follow hovers around 30.

I actually take following very seriously, most especially when someone follows me. This is why I make a point of looking up every single person who follows me, and interacting with them personally. If they are going to take time out of their own busy schedules to follow me, and read what I write, then the least I can do is to acknowledge them, and thank them for the compliment. I also strongly believe that I need be respectful of their time – again, time they’ve taken time out of their own busy lives to follow me – and make sure that what I write is worth reading. (I don’t always manage that last one, but I really do try.)

Similarly, and more to the point of following people or not, I make a point of answering every single message that anyone sends me on Twitter. Which is more important, following someone, or actually communicating with them and respecting their time?

It’s also important to remember that you don’t need to follow someone – and they don’t need to be following you – for you to message them with an “@” preceding their name. When you do that, they will see the message regardless of whether or not they are following you. And, as I said, I make a point of responding to everyone who @ messages me. Some people will complain that if you don’t follow them they can’t direct message you (send you a private message). I don’t get direct messages via Twitter anyways, I get them sent to me as email, and I give my email address out freely on Twitter – why limit yourself to 140 characters (the maximum length of a message on Twitter) if you have something important to say to someone?

Now, all this said, whether or not I am following someone on Twitter, I may be following everything they say on Twitter. This is especially true for people whose pearls of wisdom I really don’t want to miss.

This is infinitely more manageable than any other system I have found, be it favoriting, reading their Twitter stream through the web interface, or through any Twitter client or service.

I can read the Twitter streams of several people in scant seconds by scanning down the list in my RSS reader.

Here, by the way, is a little tip I’ve discovered in case you want to try this: the RSS feed at the bottom of a Twitter user’s Twitter profile page doesn’t automatically work and populate for all RSS readers. And if that’s the case (and you have to copy and paste the link into your RSS reader), it may not automatically update, either. What I’ve found is that you need to edit the link to include the “www” (Twitter provides the feed as “http://twitter.com/…” and it needs to be “http://www.twitter.com…” for at least some readers, which likely has something to do with something on their end, but adding the “www” will fix it.)

Social Media Command Centers the Next Big Thing in Customer Service
Judge Rejects Twitter Lawsuit to be Allowed to Reveal Government Surveillance Requests (Includes Ful...
Miracle Messages Uses Social Media to Reunite Homeless with their Loved Ones
Why to Set Up Two-Factor Authentication Everywhere You Can - Here's Where
Massive Internet Outage Emanating from East Coast Due to DDOS Attack - List of Sites Affected and Wo...
Twitter Removes 140-Character Limit on Direct Messages
Canadian Clothing Company High on Life's Social Media Stunts at Yellowstone Land Them in Hot Water
Russian Official Tweets Racist Obama Tweet of Obamas and a Banana 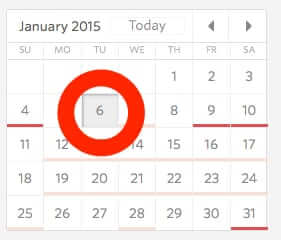 How to Sync Your Meetup Calendar with Your Personal Calendar

How to Mute Your iPad