We’ve covered our share of people doing stupid things with cell phones, but this one deserves a special entry all of its own.

After allegedly stealing a cell phone during the armed robbery of young college woman, 18-year-old Kadeem Cook of Philadelphia took a picture of himself, holding the weapon, with the cell phone’s camera.

What Cook didn’t know was that the phone was programmed to automatically email any picture it took to the owner’s email address. The next time the victim checked her email from her home computer, there was a perfect full-face picture of Cook posing with his gun. She quickly provided the photo to the Philadelphia police, who blasted the picture out – and got it on the local news.

According to sources, after seeing his own mug as a televised wanted poster, Cook turned himself in.

Said a Philly police spokesperson, “We really appreciate him taking a picture of himself.” 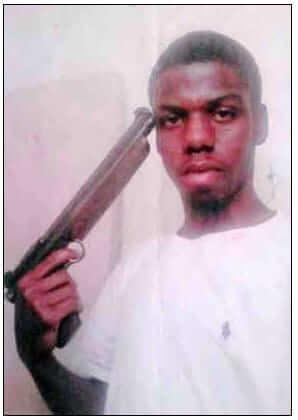 People also searched for after stealing a phone