The easiest way to think of Google Glass is to imagine an iPhone that looks like a pair of spectacles, instead of, well, a phone. 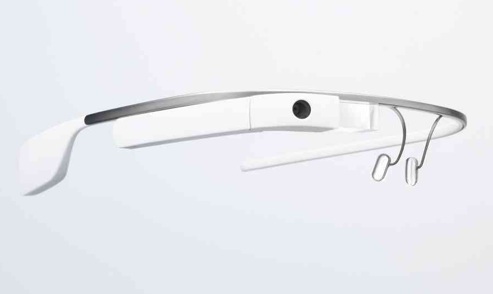 In fact, if you imagine an iPhone with Siri and Facetime, with Facetime – or at least the video camera – running or available at all times, and aimed at the same place as your eyes (so that the camera is capturing what you are seeing, in real time), that’s pretty much Google Glass.

You can talk to it, and give it commands, and dictate messages, just like you can with the iPhone. In fact, as best as we can tell, if you already have an iPhone 4S or 5, you could just strap that to your head and accomplish much the same thing, without shelling out the $1500.

Interestingly, although perhaps not surprisingly, many of the contest winners were celebrities and other well-known individuals.

Here are some of the best uses to which the winners intend to put Google Glass:

Neil Patrick Harris, of How I Met Your Mother fame (among other things), said “I’d show what it’s like to act on the set of HIMYM all day!”

Alyssa Milano (remember her?) says that she will “…take all of you on my humanitarian missions with @unicefusa so we can affect positive change together!”

We thought that was particularly nice.

And, being Trekkie geeks, we loved what actor Levar Burton wrote: “#IfIHadGlass It would be a downgrade. -Geordi La Forge”

Here are some of the other cool uses to which the winners pledged to put their Google Glass Glasses:

I could bring Marvel fans even deeper inside our comics and films. (Ryan Penagos, Editorial Director at Marvel)

I would walk the Great Wall of China. (Jason Squatriglia, Investment Banker)

I would share with fans what it’s like to live touring with my rock band. (Steve Morgan, Guitarist for Stellar Revival)

I’d use it to make a time lapse movie of a week at Burning Man. (Jason O’Grady, Journalist)

I would help people feel the excitement of Beethoven, Chopin or Mozart by performing a piano concerto live in POV. (Lang Lang, Pianist)

I would document the careers of the most talented young artists in Nashville as they fight to rise above the noise. (Chase Coy, Producer, Nashville)

I would film myself at the office for a week, coding a fully working social network from scratch. (Siavash Mahmoudian, Web Developer)

I am a large animal surgeon. If I had glass i would video surgical procedures for my 520 students. (Joanne Hardy, Large Animal Surgeon)

I would use them (from concept to full ops. system) to help overcrowded Animal Shelters place homeless pets in real time. (Susin Garcia, Graphic Communications)

I would document and show the world what it means to be homeless. (Dustin Meyer, Award-Winning Wedding and Portrait Photographer)

Now to see if they all really do what they said they would do.

Andrej Karpathy, a Computer Science PhD candidate at Stanford, compiled a full list of those who won the #IfIHadGlass contest, at least via Twitter. You can see Karpathy’s full list of Google Glass winners here.

Gmail 'Skip the Inbox' Filter Not Working? This May Be Why - and How to Fix It
Google Launches New Google Play "All Access" Music Streaming Service
Google Maps Street View Leads to Divorce
Why the Subject Line is the Most Important Part of Your Email
What to Do About Spam from a Gmail or Google Account
Full Text of Google Stadia Announcement
How to Use Gmail as a Spam Filter for All of Your Email!
How To Manage Mutiple Browser Tabs In Chrome
Share the knowledge

Number of people who have enjoyed this article: 3,779