HBO CEO Richard Plepler announced last week that HBO will begin offering online streaming on the Internet in 2015. This will be a separate stand-alone HBO Internet streaming service, unlike HBO Go which still requires a subscription through your cable company.

Said Pepler, “In 2015, we will launch a stand-alone, over-the-top, HBO service in the United States.”


According to Pepler, there are at least 10million households in the U.S. that have Internet broadband only (not cable for television shows).

“That is a large and growing opportunity that should no longer be left untapped. It is time to remove all barriers to those who want HBO,” says Pepler.

While it is clear that there will be an online HBO streaming service in 2015, what is less clear is what exactly will be included in the offering, and how much it will cost.

Back in the summer of 2012, Jake Caputo, a WordPress theme designer from Illinois, started a sort of a petition site, exhorting [Page no longer available – we have linked to the archive.org version instead]. People could tweet to HBO through the site, and include an amount they would be willing to pay for an HBO streaming service.

According to reports, the average amount that people said that they would be willing to pay was around $12.00 per month.

Take My Money, HBO
[Page no longer available – we have linked to the archive.org version instead]

At the time, the reception from HBO was less than enthusiastic.

Now fast forward to 2014, and HBO has apparently finally seen the light.

In fact, says Pepler, “All in, there are 80 million homes that do not have HBO and we will use all means at our disposal to go after them.”

Zoombombing and Other Security Issues Surrounding Virtual Meetings and How to Prevent Zoombombing
Hover Camera Passport Gimbal Error or Batteries Won't Charge? Here's What May be Going On
NASCAR Admits It Abused The DMCA To Get YouTube To Remove Wreck Footage Posted By Tyler Anderson
Kids Can Visit with Santa Online this Year! Here's How and Where
Pizza Rat an Internet Sensation
What You Need to Know about TikTok
The Great Netflix Purge 2013 - Full List of Movies to Be Purged
Netflix Rate Increase Goes into Effect - Here are the New Prices 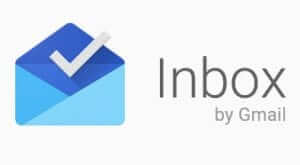 Google Launches Google Inbox App – Its Not Your Mother’s Gmail