WritePad, as the handwriting recognition app is called, is well worth the $9.99 that it costs. You can write with your finger or, says PhatWare, with a True Touch iPhone stylus. The only downside is that you can only use it within the app itself, not in other apps, but it has a robust copy and paste function, as well as an “email this” function.

This is truly a case where a picture is worth a thousand words…so here are 4000 words worth: 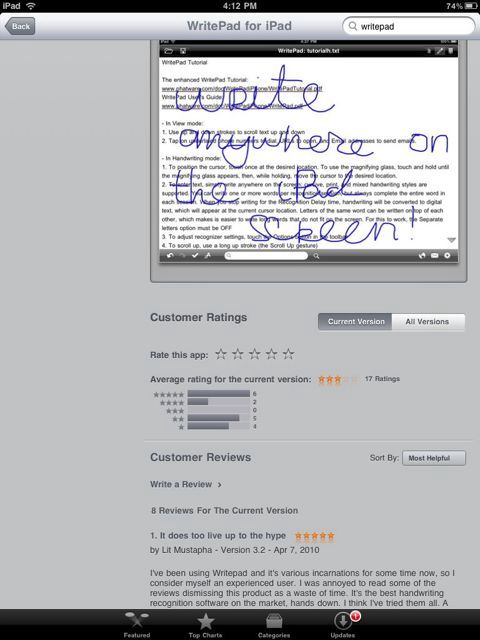 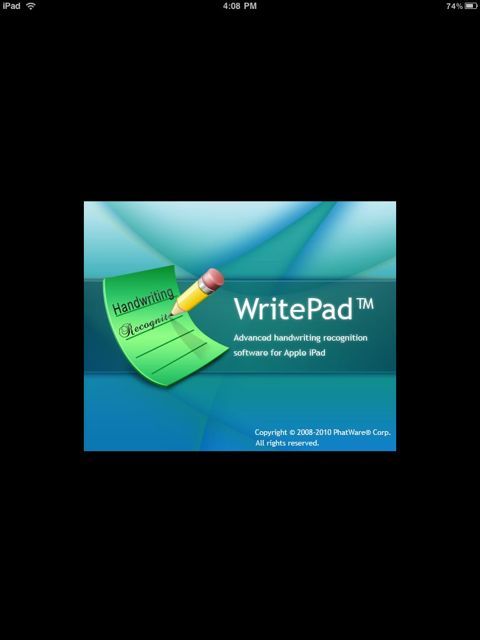 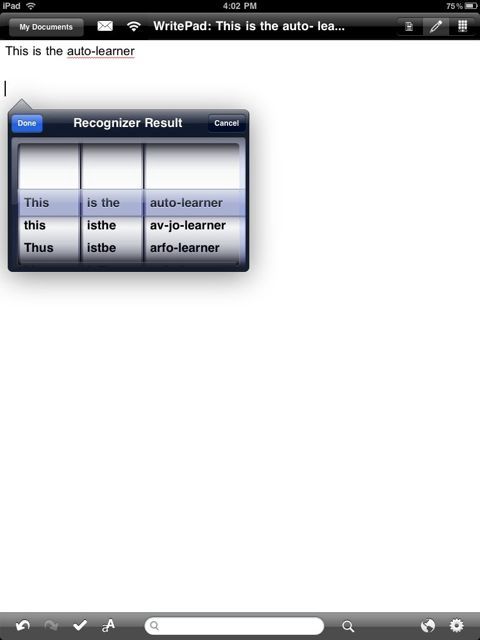 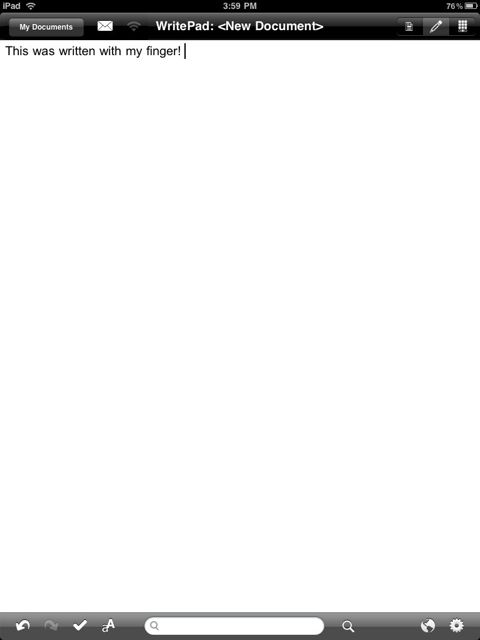 Can't Download Gmail after an OS Update or Upgrade? This May be the Problem
Amazon Lawsuit Settlement Credit Refund Shows Up in Ebook Purchasers' Accounts
Employees Hurt by Illegal Non-Poach Agreement Between Apple, Google, Intel, IBM, eBay, Microsoft, an...
Amazon Echo Series – Part 2: Amazon Echo Music Commands and Audio Features
How to Bulk Purge or Mass Delete iCloud Email - Also How to Empty the iCloud Trash Folder
Look Out for This Dangerous Apple ID Phishing Scam
How to Change or Cancel Recurring Charge Automatic Payment Subscriptions with Apple Such as for Tind...
How to Send and Receive Text Messages on Your Mac Computer
Spread the love