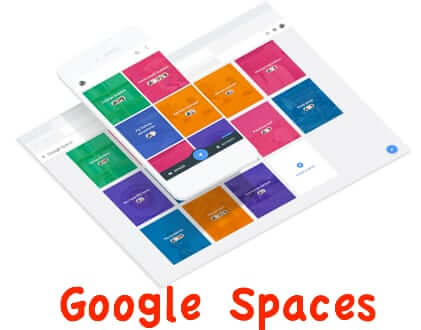 Google is once again trying their hand at capturing a corner of the real-time meetings and collaborations (or “collabs” as the hip people call it) market, this time with Google Spaces, which was just launched today. The Google Spaces App (and we use the term to mean just about anything you do online now, gone are the days when an ‘app’ meant specifically something on your phone) allows you to create groups of people and share stuff with them.

If this all feels a bit deja-vuish, that may be because you are remembering Google Buzz in 2010, and Google Plus in 2011, or maybe Google Hangouts in 2013.

Says Google, in today’s announcement, “Group sharing isn’t easy. From book clubs to house hunts to weekend trips and more, getting friends into the same app can be challenging. Sharing things typically involves hopping between apps to copy and paste links. Group conversations often don’t stay on topic, and things get lost in endless threads that you can’t easily get back to when you need them. We wanted to build a better group sharing experience, so we made a new app called Spaces that lets people get people together instantly to share around any topic. With Spaces, it’s simple to find and share articles, videos and images without leaving the app, since Google Search, YouTube, and Chrome come built in.”

Frankly, we think that Google Spaces looks a lot like the desktop of the Microsoft Surface. But maybe that’s the point – maybe this is the hot interface design for the 2010s. 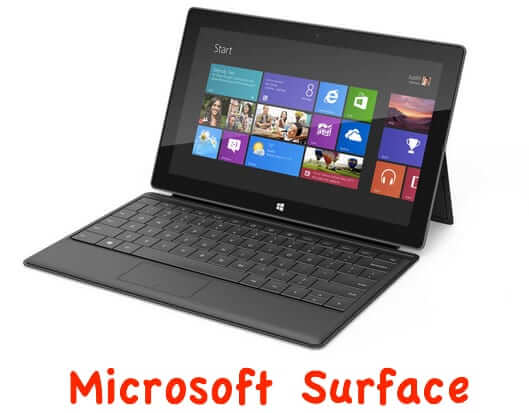 When you go to the Google Spaces home page (at spaces.google.com), it will be immediately obvious how to create your own Space. 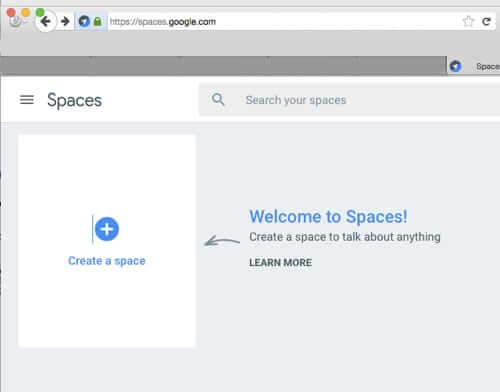 Google says that “You can create a space with just one tap for any topic and invite anyone via messaging, email, a social network, or whatever way you like.”

So, natch we tried it out so that we could show you.

How to Create a Google Space 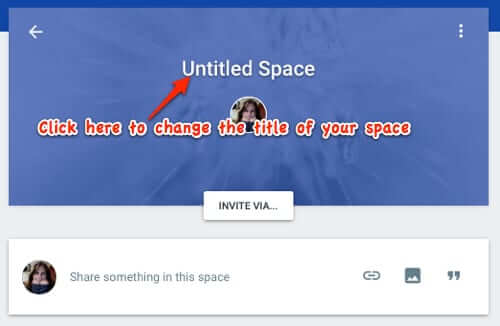 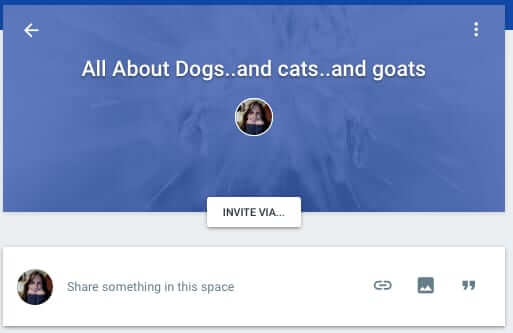 Now, click on the menu dots in the upper right-hand corner to customize your space. 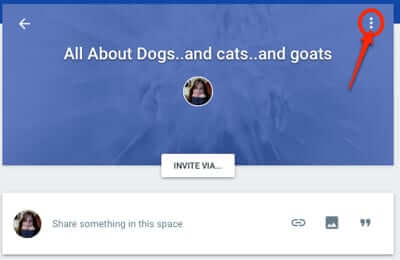 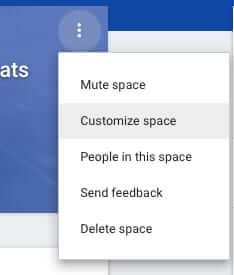 You can either choose from images suggested by Google, or upload your own image as a background (cover) image by clicking on the camera icon. 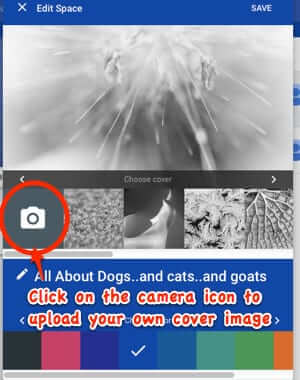 You can also change the theme color of your space (you must have a theme color, transparent overlay isn’t an option). 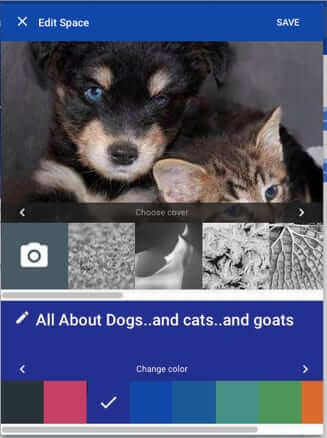 Once you have your Google Space the way you want it, all that’s left to do is to invite people to join your space.

Google offers you three choice for how to invite people – copy the link to your space to do with whatever you will, invite people by email, or invite them through Facebook.

Given who we are, and how we feel about either spamming people or sharing our data, we of course copied the link, and then posted it directly in Google+ and Facebook.

So, what does it actually look like when you use Google Spaces?

Well, it’s not as intuitive as one might hope.

For starters, you can’t just start typing in the space where you think you would. Instead, you have to first click on an icon to have it open an area for you to either include a link, or post an image, or post text (although you can add text to a link or an image). 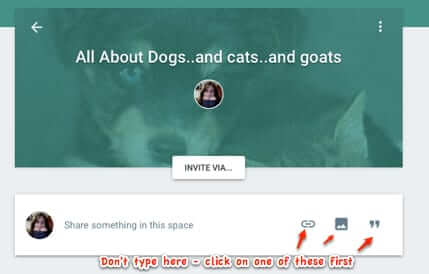 Clicking on one of those icons will cause a separate window to pop up, into which you type your message, paste your link, or add your image.

Then you have to click the paper airplane icon to send it. 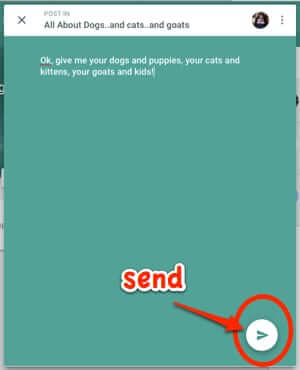 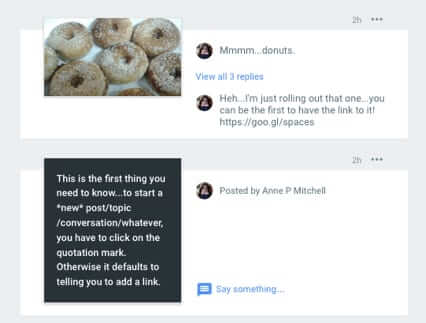 You can be in several spaces at once, both yours, and others that you have joined. 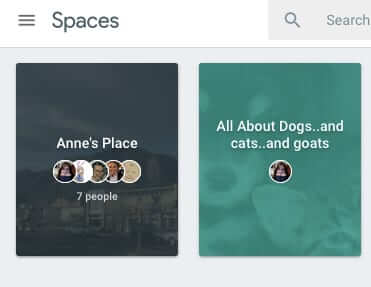 But first, of course, you have to start, be invited to, or find spaces. Frankly, we aren’t too excited about this new Google offering. It’s not smooth or intuitive, and feels a bit like they rushed it to launch in order to be able to announce it in time for this week’s I/O 2016 conference.

Maybe after it figures out what it wants to be when it grows up, and matures a bit, we’ll revisit it. Right now, more than anything, it feels like a cross between Google+ and Google Hangouts, wanting to be a cross between Facebook and Slack.

Why the Subject Line is the Most Important Part of Your Email
How to Use Gmail as a Spam Filter for All of Your Email!
Google Enters Streaming Gaming Market with Google Stadia and Stadia Controller
Google Captures and Publishes Pic of Woman Urinating in Public
Is Your Gmail Account Almost Full? Here's How to Find and Delete the Email with Big Attachments
3 Steps to Setting Up Google Authorship for Multiple Authors
Google Facilitating Link Farms with Own Adsense Ads
The Secret to Reducing How Much Storage You are Using in Gmail
Share the knowledge

Number of people who have enjoyed this article: 841