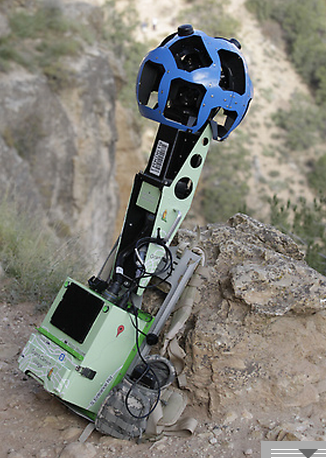 The cameras are contained within a backpack, weighing 40 lbs, and are 360 degree, 15-megapixel cameras. The backpack will also have an on-board hard drive and a battery that will last for a whole day. The backpacks took a year to develop and, so far, only a few of the backpacks have been made.
The cameras have already made their way down into the Grand Canyon, and the company said that they envision them going all the way to the top of Mount Everest.

Says Google product manger, Ryan Falor, “Any of these sort of iconic, cultural, historical locations that are not accessible by road is where we want to go.” 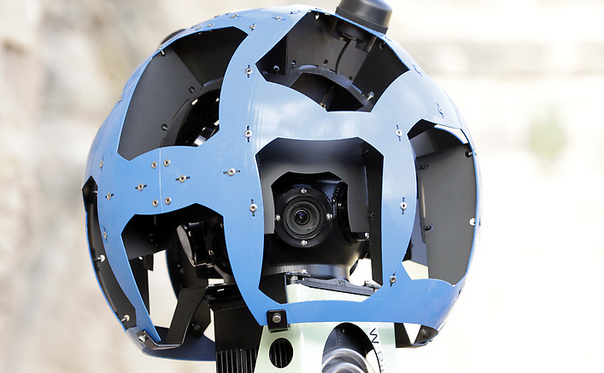 The plan is to eventually make the backpacks available to volunteers to bring them to ancient ruins, to castles, to national parks. Many are saying that this is Google’s next move after Apple dropped Google Maps in favor of their own mapping system. There has been no denying that Apple maps is nowhere near on par with Google maps, and now Google appears to be upping the ante.

Google engineering director, Luc Vincent, took the maiden voyage with a Google Street View Trekker backpack cam early Monday morning down the Bright Angel Trail to the Colorado River; an almost 10-mile hike. He continued up through Phantom Ranch and South Kaibab Trail. The trekker camera was able to capture images every 2.5 seconds, and sensors record temperature, vibrations and the orientation of the device to compensate for areas were GPS data is scarce. That data is compiled with the corresponding images to offer the full images and location to Google within a few months.

While this new endeavor comes as exciting news to many, namely avid hikers and campers, some are concerned that this opens a new host of privacy issues, an issue that is not new for Google. While Google assures the public that any hikers on the trails will have their faces blurred out for privacy, some are concerned that Google’s rivalry with Apple and their mapping technology will cause privacy concerns to be overlooked in the race to win the map wars.

There are no announcements yet as to when Google will add more trekker backpack cams, or how fast they plan on expanding their efforts. We suspect it will be around the same speed as Apple improves their maps.

How to Add a Mac Contact Picture without Photo Stream or Faces
New App Rewards Not Using Your Phone While Driving
The Yo App: When You Just Gotta Say "Yo"
Apple Patents iPhone Landing Glass Side Up
What Exactly is the "Right to be Forgotten"? Explanation and Full Text of Decision
Macbook Grinding Away, Freezing, Super Slow, or Out of Space? Mobile Backups May be the Culprit
How to Create a Strong Password
How to Make Gmail Automatically Send Something to the Gmail Spam Folder