Google Buzz hit the world this week, but just what the heck is Google Buzz, how do you use Google Buzz, and why should you care? Google Buzz is yet one more social networking service plus social network aggregator. Imagine Facebook if Facebook also republished all of your public Google stuff – your Google Chat stream, your Picasa Links, etc.. Now imagine that you can also add your Twitter feed to that stream, and even add the RSS feeds for some websites that are under your control. That’s Google Buzz.

You will be offered to set up Google Buzz as soon as you sign into your Gmail account:

and upon clicking “Sweet, check out Buzz” it will take you right into Google Buzz:

As Google points out – somewhat ominously – you don’t need to start following anybody – you already are:

But that said, you do need to set up Google Buzz to customize your profile with a picture, if you don’t already have one, and to select what information you want to publish for your followers (remember, they are already following you).

Selecting a picture is easy – you will be asked to either browse to an image on your computer, or to provide a link to an image:

Next, you will want to set up which things are displayed in your Google Buzz feed. To do that, hit the somewhat non-intuitively named “view connected sites” link:

…this will display a list of the sites and feeds that are “connected” (being displayed) in your Google Buzz feed, and others that you can choose to connect (display):

As we mentioned, you can even choose to display the feeds from some of your websites. Here we are being offered to display information from our website New Uses For.com, although how they picked this site – which is one of our defunct sites that has not been updated in over a year – and not any of our other several current sites (such as, well, The Internet Patrol) is beyond us. (We also have not yet figured out how one adds other sites – if anybody has any idea, let us know!)

Finally, you will want to tweak who you are following, removing anybody that Google so kindly set you up to follow before you ever agreed to use Google Buzz, and adding anybody that you do want to follow that they..er..missed. Interestingly, you can’t just plug in someone’s Gmail address and start following them. If they aren’t in your list of Gmail contacts, they won’t show up that way. In order to add our test account to those we were following, we had to actually exchange email with that account in Gmail before we could follow them in Buzz – once we had exchanged the email, then searching for them in “Contacts” revealed them and allowed us to add them.

During the set-up process, you may find that some of the set-up boxes are too long for your screen, so that you can’t actually reach the “Save” button:

In that case, just zoom out (is that an oxymoron?) of the page, making the entire page content smaller, and the bottom of the set-up box, and the “Save” button, will reappear:

Now, everything else aside, Google Buzz does have some interesting features that other social networking sites and social network aggregators are lacking, or at least that aren’t as easy to find and use.

For example, Google Buzz has the simplest per-post option for making a given post public or private that we have seen:

Even more interesting is that when you set up the Twitter feed, it doesn’t ask you to provide a password, and, in fact, you can add anybody’s Twitter feed as if it were your own. Here we have CNN updating our Google Buzz as if we were CNN:

But perhaps the most interesting feature of all (although the ability to claim anybody’s Twitter feed as your own is pretty darned interesting) is that you can ‘say’ something in Google Buzz, get a bunch of comments to it, and then change what you initially said!

After the responses, we can change the text of the initial post, making the responses into something quite different:

As you can see, the potential for mischief is quite high! Fortunately, if anybody does this to you – and if you catch it – you can also edit your comments at a later date:

Is It Possible to Delete Yourself From The Internet?
NIFOC, BOGSAT, and 1000s More in FBI Glossary of Internet Slang Acronyms
How to Live Life Online When You Have To
About Gmail's "Warning: We believe state-sponsored attackers may be attempting to compromise your ac...
What Exactly is the "Right to be Forgotten"? Explanation and Full Text of Decision
Google Launches New Google Play "All Access" Music Streaming Service
Google Acquires Smart Thermostat Company Nest
What is Zoom and Why is Everyone Using It?

3 thoughts on “Google Buzz: What it Is, How to Use it, and Whether to Bother”

Using Public Wifi and Your Mail App Can’t Connect to Gmail? This May be Why 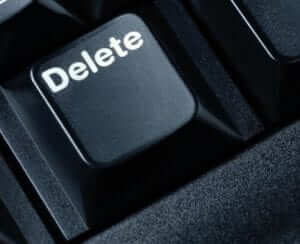