Following complaints about police officer safety based on concerns that the policeman (policeperson?) rating site ratemycop.com (that’s Rate My Cop .com, get it?) posed a danger to law enforcement personnel because it outed the full roster, including names and badge numbers, of police officers at nearly 500 police departments around the country (to the tune of some 140,000 police officers), RateMyCop’s host – GoDaddy – unceremoniously and without warning pulled the plug on the site.

So who is in the wrong here, GoDaddy for pulling the site (and without warning, to boot), or RateMyCop for carelessly and callously collecting and publishing the names, police departments and badge numbers of 140,000 men and women in blue?

But first, a little story:

“A little over 20 years ago, on my first ever visit to San Jose, California, I found myself lost in a maze of seemingly identical residential streets as dusk fell. Anxious to reach my destination on time, my spirits rose a little at the sight of a small convenience store, and higher yet to see an idling black and white police cruiser parked just outside. I approached on foot, making eye contact with the officer behind the wheel, my hands held in plain view (no fool I. I’d seen Dirty Harry.) “Excuse me officer,” said I, “but could you please point me in the direction of [long-forgotten street name]?” I was so stunned at his response: “Go buy a [f-word deleted] map,” that I went into the convenience store and bought a [f-word deleted] map.

18 months ago, by now living in California, I had another brush with a police officer, this one serving in the Sunnyvale Department of Public Safety, as he took a statement from me after I was the victim of a considerable theft. Like chalk and cheese were these experiences; this second officer was a model of professionalism, efficiency, and politeness. He made the whole experience somehow less ghastly, and I wrote to his superiors of my gratitude.

Two very different experiences, no? I’m sure that many of you fine readers have had equally polarized interactions with law enforcement, though I fervently hope – and in all fairness I believe this to be the case – the cumulative experience is skewed towards the latter. So what should we all think about GoDaddy yesterday unceremoniously shuttering RateMyCop.com?

“RateMyWhat?-dot-com?”, I thought I heard you mutter. RateMyCop.com, that site that for about two weeks has – sorry, that should be had – let users search through those 140,000 records of uniformed police officers from those almost 500 police agencies nationwide. Searches that could be by name, department, city and in some cases badge number, and users were then able to rate the officer on authority, fairness and satisfaction.

The reaction from police chiefs and other law enforcement groups was immediate. The general view was that by exposing this information to the public, officers could be “at increased risk, or put in danger” or “unfairly maligned”. To both charges I respond with sympathy, but I hope the former is a little over-reaching (not much though, with the ability to search a wide variety of records for name, address, family members, etc. – or even to just look at the entire roster of a police department and take them out, one by one), and the latter could be addressed with a system of review, rebuttal and rating removal.

The reaction from GoDaddy does seem to have been rather heavy-handed. Without warning, GoDaddy simply replaced the entire RateMyCop.com site with a single page saying “oops” and asking the domain name owner to call them. I muse whether this is not a little too knee-jerky or not.

There are, of course, bad police officers, as there are bad doctors, bad teachers, bad politicians (redundancy there?) and bad bank tellers. And there are procedures in all cases to complain, require review, and if necessary pursue in the courts. So while I can only shake my head and wonder at the wisdom of the site’s founders, and their motivation for creating such an obvious magnet for dissatisfied and disgruntled members of the public, I don’t think any participant – other than the officers themselves – emerges from this whole episode unscathed. To collate and publish such information has a whiff of opportunism and recklessness, while the over-reaction of GoDaddy reeks of kowtowing to behind-the-scenes pressure.

So back to my own interactions with law enforcement. Officer A had me wondering who had micturated on his morning muffin, but I wouldn’t have attempted to get his name and badge number so I could wrote about how rude he was on a Cop Or Not web site. Discretion being the better part of valor, and all that. I just thought he was a poor excuse for a public servant, and went on my way pitying him. As for Officer B, the right few words in the ear of his superior was worth more to me – and no doubt to him – than writing even the most glowing review on a rather tawdry web site, the opinions of which count, when it all comes down to it, for naught.”

In the end, again, neither RateMyCop.com nor GoDaddy really can be said to be 100% in the right here – and, therefore, neither 100% in the wrong.

At least, that’s how we see it.

What do you think? 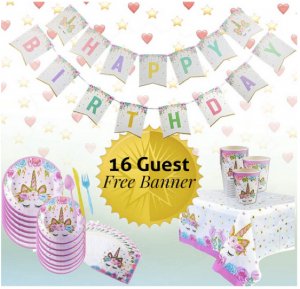