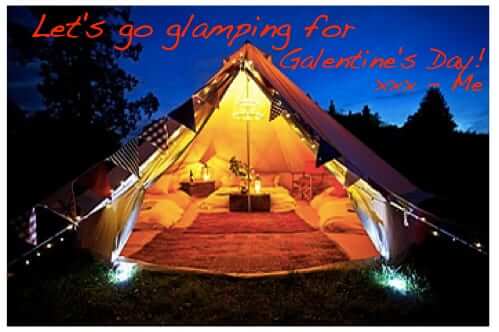 If you are thinking of going glamping this Galentine’s Day, then you are probably part of an increasing trend to adopt and legitimize made-up words, which has undoubtedly been facilitated by the Internet in general, and social media in particular.

First, to explain what is Galentine’s Day, and what is glamping, and why you would want to observe or do either.


Galentine’s Day is a made-up ‘holiday’ suggested by the character Leslie from the show Parks and Recreation, as played by Amy Poehler. So, in fact, it is a doubly made-up event, because it is a made-up holiday made up by someone who is themselves made-up.

In Parks and Rec, Galentine’s Day is celebrated on the day before Valentine’s Day, and is essentially a girls’ night out. Galentine’s Day was first introduced in the show in 2010, and was mentioned again in 2014 which, we imagine, is what has given rise to this year’s attention to the “holiday”.

There is even a hotel chain that is offering the perfect locations for girlfriends to escape and celebrate “Galentine’s” day throughout February. 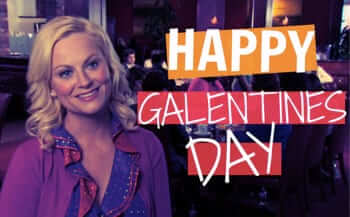 On the other hand, the term ‘glamping’ – a contraction of ‘glamourous’ and ‘camping’ – has actually been around for many more years, since, at least claims Wikipedia, the 1990s.

Curiously, Wikipedia has entries for glamping in both their Dutch and French version, but no entry for ‘glamping’ in the English version.

However, they do cover glamping in their camping section, in which they describe glamping as “a growing global phenomenon that combines camping with the luxury and amenities of a home or hotel. It originated in the early 1900s from European and American travellers camping in Africa. The wealthy travellers did not want to give up the luxurious lifestyle while camping so their campsites included many of the comforts they were used to at home. Glamping is camping in style and comfort. Amenities that are sometimes used by glampers are: lace tablecloths, embellished luggage, and down sleeping bags.”

This qualifies as glamping, although we think it looks more like
a caterpillar humping a minibus 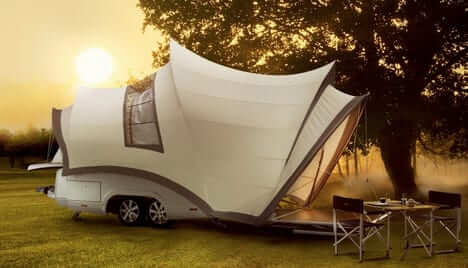 If you are curious, you can read more about glamping at, what else, Glamping.com.

Now here is our point in all this, and we do have one: imagine a world with no social media – with no Internet (yes, we realize that is hard for some of you to imagine).

In that world with no Internet, how far would Galentine’s Day have made it? How many people would be talking about going glamping?

Yet a search on “galentine’s day” will turn up hundreds of thousands of sites, while a search for “glamping” turns up more than 5 million. And, the odds are very good that the first you heard of either Galentine’s Day or glamping (unless you watch Parks and Rec) was on the Internet – maybe even right here while reading this article.

The Internet has shifted dynamics, changed paradigms, and influenced the way that we do things in oh-so-many ways. Some of them immediately evident, some of them subtle, and at times even insidious (not to mention insipid), but ultimately no less powerful. Oh sure, glamping and Galentine’s Day are in and of themselves unlikely to have a lasting impact on the world and the way that we do things, but they serve as an example. Never underestimate the power of language, and it is now inarguably the case that changes in language, and meanings, and the adoption, spread, and legitimization thereof, can be hugely impacted by the Internet.

The Spinning Disks of Internet Slowdown Day Explained
A Message from Anne: My Big Bad Accident and Why You Should Wear Your Seatbelt
Charlottesville Incident Gives Rise to Social Media Mobs and Online Justice
Can Your Car be Hacked through its Onboard Wireless?
The Ultimate Geek Argument
Feds Test Nationwide Mobile Phone Emergency Alert Today - Don't Panic
ACLU Mobile Justice App Records Police Actions as They Happen
Electors from Several States Demand Intelligence Briefing Before Voting 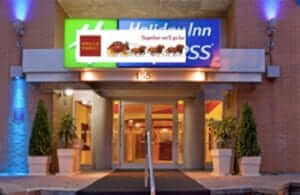 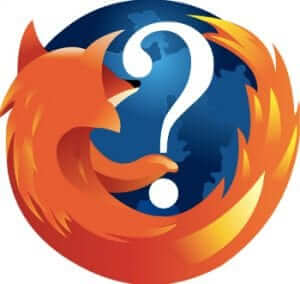 Firefox No Longer Showing the Title at the Top of a Page? Here’s How to Get it Back