The phone spam calls start out essentially the same, “Hi, this is Rachel from cardholder services..” or “Hi, this is Rachel from cardmember services…”.. then usually it will either say something like “..calling in reference to your current credit card account. It is urgent that you {take some action}”, or “Please hold for an important message…” or she will ask you to select from several options with your phone’s touch pad. Most often it is “Press 1 to speak to an operator, press 2 to be removed from the call list.” Stacey has been making a lot of calls too, about extended warranties.

These are so-called “robocalls” – generated (often overseas) with the Rachel or other similar script and computerized dialing, and almost always peddaling some scam, be it debt relief, credit card consolidation, mortgage refinancing, or some similar financial scam. 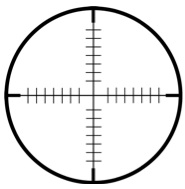 It has gotten so bad that the Federal Trade Commission (FTC) ran a “Robocall Challenge”, offering a $50,000 reward for the best proposed technology to deal with the burgeoning robocall problem.

Leibowitz explained that the Federal Trade Commission gets approximately 200,000 complaints each month about robocalls.

Moreover, according to the FTC, more than half of all of the calls are untraceable, due to caller ID spoofing, automatic dialers, and scammers using VoIP technology to hide both their identities and from where the call is originating.

And while a great number of these calls come from overseas, the FTC has said that a majority of the actual “Rachel” calls came from within the United States, from outfits in Arizona and Florida. In fact they shut down one such outfit, responsible for 2.6 billion calls, but even the FTC concedes that it’s just a drop in the bucket.

So, they have redoubled their efforts, created the Robocall Challenge, and are trying to raise public awareness with press releases and interviews.

But don’t expect them to wipe out robocalls any time soon.

So, in the meantime, what should you do if your receive one of these illegal calls?

First, don’t press any button, or interact with anybody or the system. Pressing “2” to be removed will almost certainly only confirm to the robocaller that they have a live one, making your telephone number instantly more valuable.

Second, do report the call to the FTC, here.

You can see a list of winning entries in the FTC Robocall Challenge here.

Number of people who have enjoyed this article: 3,416