Once PhoneSnoop is enabled on the target Blackberry, which includes telling the PhoneSnoop software to activate when called from a certain number, the snooper needs just call the Blackberry from one of the designated numbers, and they can listen over the connection to their heart’s content.


Unlike Flexispy, however, PhoneSnoop was created, says developer Sheran Gunasekera, not so much to put the ability to spy in the hands of nosy people as to make people aware of the capabilities, and of just how vulnerable they may be.

As the PhoneSnoop users’ guide explains, “PhoneSnoop is a BlackBerry application that demonstrates how an attacker can remotely activate the microphone of a BlackBerry handheld and listen to sounds near or around it. PhoneSnoop is a component of Bugs – a proof-of-concept spyware toolkit. It exists solely to demonstrate the capabilities of a BlackBerry handheld when used to conduct surveillance on an individual. It is purely a proof-of-concept application and does not posses any of the stealth or spyware features that makes it malicious.”

As Director of Security for Hermis Consulting, Gunasekera knows all too well how vulnerable users are to threats like this, hence his desire to raise awareness about the potential for malicious activities.

Explains Gunasekera, “What I wanted to do was bring some awareness to this problem, so I’m releasing it pretty much for free and trying to show them that this can be done. It’s not well known that these threats exist.”

How to Stop SMS Text Spam and How to Report SMS Txt Msg Spam
What Gmails TLS Red Padlock Means - It Doesn't Mean Something Bad!
Warrants for Google Account Info on All Mobile Devices in a Given Area Now Being Served on and Respo...
Parler Shut Down but Not Before Massive Data Scrape of its Users and Their Posts, Videos and Picture...
The Dog Gadgets Available Online that You Never Knew You Needed
Government Personnel Data Breach Included 5.6 Million Fingerprint Records
FCC Publishing Weekly List of Telemarketer and Robocall Numbers
4.6 Million SnapChat Passwords, Phone Numbers Stolen and Made Public - Nightmare for Parents 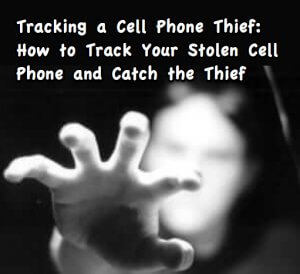 Tracking a Cell Phone Thief: How to Track Your Stolen Cell Phone and How to Catch the Thief