It won’t be long before we see flexible smartphones and flexible tablets on the market! The likes of Sony, Nokia, LG, Philips and Sharp are all fervently working on technology to bring foldable phones to consumers in the very near future. Prototypes of the flexible phones are already creating a buzz at trade and gadget shows, with news that the foldable phone can be bent, folded and rolled. The excitement of the flexible smartphone and flexible tablet is growing as the possibilities of rolling it up to stick it in a pocket or handbag are wildly appealing to users on the go. Not to mention that a flexible phone is quite the conversation starter.

Samsung is working on smartphones made with Organic Light Emitting Diode (OLED), the technology that makes the phones flexible. A Samsung spokesperson confirms that the screens will be “foldable, rollable, wearable and more, [and] will allow for a high degree of durability through their use of a plastic substrate that is thinner, lighter and more flexible than… conventional LCD technology.”


Samsung is showing off their new screen technology at the 2013 Consumer Electronics Show in Las Vegas, where show-goers will get to check out the 5.5-inch flexible screen that will be used on the smartphones, and have a 1,280×720-pixel HD resolution and a 267 pixel density. There will also be a 55-inch flexible screen, which could be used for a huge, flexible television.

Graphene is another of the new technologies making the flexible phone and tablet a possibility. Produced in 2004 by scientists from the University of Manchester, Graphene is a sheet of carbon that is a mere one atom thick, while being light, transparent and stronger than a diamond. Scientists expect to see Graphene become the future of electronics, replacing silicon and even being the material that will make a flexible battery that will be used in the flexible phone.

With all that is on the horizon, we can expect to see flexible technology come to wide variety of our electronics with screens. To scientists, this technology is a huge breakthrough with far-reaching possibilities, but to the average user, it is the promise of far fewer ruined phones from accidental droppings!

Check out the videos below:

The Supreme Court Cell Phone Search Decision in Riley in Plain English
How and Why to Use Apple Pay Even if You Only have an iPhone 5
How to Display Lyrics for Songs in iOS 7
Browsing in Dark Mode: Why You Might Need to Turn Off The Light to Save Your Eyesight
Foldable Phone Coming Soon from Samsung
Multi-factor Authentication and Why You Need It
How to Opt Out of Interest Based Ads and Behavioral Advertising
Save Money with Our List of the Best Free Streaming Services 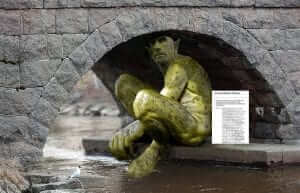 I’m a Patent Assertion Entity, Not a Patent Troll, Thank You Very Much