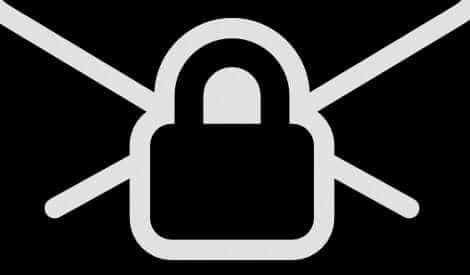 John Ajemian died in 2006. Since that time his sister Marianne Ajemian and his brother Robert Ajemian have been fighting with Yahoo to gain access to John’s email.


Yahoo, for their part, are fighting tooth and nail to protect what they see as John’s privacy.

Now you might think that this lawsuit was brought under estate law or under other laws pertaining to death, and you can be forgiven for thinking that, but you would be wrong.

This lawsuit was brought under the Federal Stored Communications Act, which basically outlines when a provider of digital communications storage may disclose the stored communications of their customers, which is almost never. There are a very few narrow exceptions to that rule, such as when demanded by a valid subpoena or warrant, and – and this is key to this lawsuit – with the lawful consent of the customer.

with the lawful consent of the originator or an addressee or intended recipient of such communication, or the subscriber in the case of remote computing service

This is the section of the Stored Communications Act that has pitted titans of the legal industry against each other in the Ajemian case.

But let’s back up here.

For centuries it has been the case that when someone dies, their right to privacy for their writings, including letters, dies with them. That is why we have so many published collections of letters from famous, and even not-so-famous, people.

Granted, if somewhere in the law there had been a Stored Letters Act, perhaps it would be different. But there wasn’t, and it isn’t.

If you look at an individual’s email as merely letters in a different form, it is reasonable to imagine there too the right to privacy would die with the person, and that their immediate family, and the executor of their estate, would have access to those electronic letters.

Certainly that is how the Ajemian siblings saw it when they asked Yahoo for access to brother John’s email.

What the Ajemians hadn’t counted on was that Yahoo is required to follow the Stored Communications Act (“SCA”), and indeed can be very harshly punished for violating the SCA.

Now, the SCA doesn’t address this situation at all. And so when the Ajemians lawyered up, their lawyers latched on to that “lawful consent” exception.

Had John still been alive, he could have consented to Yahoo releasing the email to his siblings.

And here’s the thing: the estate of a dead person is said to legally be as if they are the dead person (the term is that they are said to “stand in the shoes” of the dead person) for all sorts of purposes, including settling debts, collecting outstanding monies, and even suing the dead person’s attorney for malpractice.

So, argue the Ajemians lawyers, the estate (through the executor) can give that lawful consent.

For their part, Yahoo says that ‘lawful consent’ means the “actual, de facto consent of the user” and that if John “did not consent to the disclosure of the content of his emails” during his life, then no such lawful consent can be found.

Yahoo’s view is that to find otherwise would be creating an exception to the SCA.

We mentioned titans pitted against one another. Girding their legal loins against Yahoo’s powerhouse attorneys, Harvard Law School’s Cyberlaw Clinic assembled a team of legal scholars and attorneys who collaborated to submit an Amicus brief (which you can read here).

This case came up through the Massachusetts Supreme Judicial Court (the highest court in Massachusetts), which sided decisively with the Ajemians. Yahoo has asked the Supreme Court of the United States to hear the case (this is known as an application for a Writ of Certiorari, often abbreviated as ‘Writ of Cert’ or even just ‘Cert’ – when you hear that “Cert was denied” or “Cert was granted”, it means that the Supreme Court either declined to hear the case, or agreed to hear the case, respectively. The declining of Cert does not mean anything about the merits of the case, although you will often hear litigants try to spin it as a win or a defeat – it just means that the Supreme Court felt that it was not the right time for that case to be heard.)

While we’re on the subject, you may want to read What Happens to Your Facebook Page when You Die if you are curious about these matters.

So, how do you think this case should be decided?

Bitcoin Exchange Founder Charged with Money Laundering
The Supreme Court Cell Phone Search Decision in Riley in Plain English
Social Media Uses this Trick to Extract Your Personal Data from You. DETOUR Law Would Make Using th...
Hater Intentionally Causes Seizure in Epileptic Reporter with "Weaponized Tweet"; Faces Federal Char...
FTC Sues AT and T for Throttling Data of Unlimited Data Plan Customers
ISPs Sue Maine to be Allowed to Continue to Share Your Personal Information and Data - Includes List...
Man who Killed Wife, and Posted Picture and Confession on Facebook, Convicted of Murder
Here's What's Up with All Those 'Do Not Sell My Personal Information' Links and Pages that are Cropp...
17shares 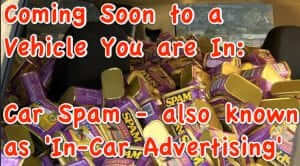