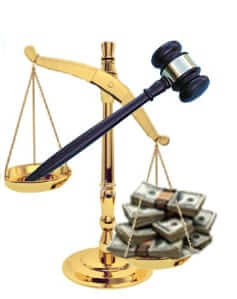 A Federal court this week rejected network neutrality by striking down a series of government rules and regulations designed to make sure that Internet service providers could not give some Internet services bandwidth priority, while degrading that of other services. The rules had been upheld by an FCC ruling, which the court overturned.

What this means is that ISPs can legally charge certain services (presumably “bandwidth hogs” like video and online gaming services) more for delivering their content to the end user. Which in turn will mean that those services will pass on that increased cost to their customers.

In fact, just last week AT&T announced their AT&T sponsored data program, through which Netflix, HBO, and other media companies can pay more to AT&T so that AT&T’s users don’t go over the bandwidth allowance in their plan when streaming movies from these companies. Which leads us to suspect that AT&T had a pretty good idea as to what the court would do this week.

It also means that, at least in theory, an Internet provider could legally throttle the speed or access for a competitor using their bandwidth.

Observed FCC Chairman Tom Wheeler, “I am committed to maintaining our networks as engines for economic growth, test beds for innovative services and products, and channels for all forms of speech protected by the 1st Amendment.”

Wheeler also said that the FCC will look at its options, at this point, “to ensure that these networks on which the Internet depends continue to provide a free and open platform for innovation and expression and operate in the interest of all Americans.”