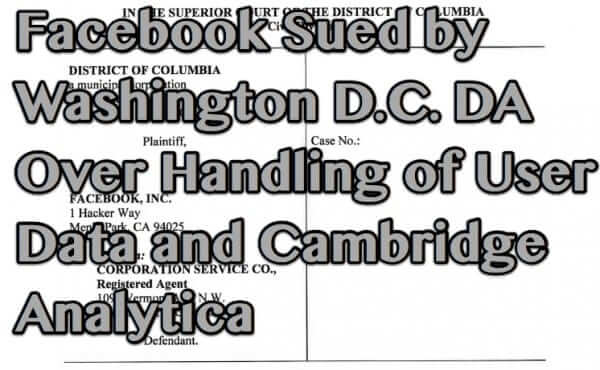 Facebook has been sued by the Washington D.C. District Attorney for Facebook’s lax and improper handling of Facebook users’ data following last March’s privacy scandal in which Cambridge Analytica was able to access and use the personal information of 70 million Facebook users.

Said Karl Racine, the District Attorney for Washington, District of Columbia, in a statement on Twitter, “Facebook’s lax oversight and misleading privacy policies allowed, among other things, a third-party app to collect the personal info of users without their permission and sell it to Cambridge Analytica, a political consulting firm.” 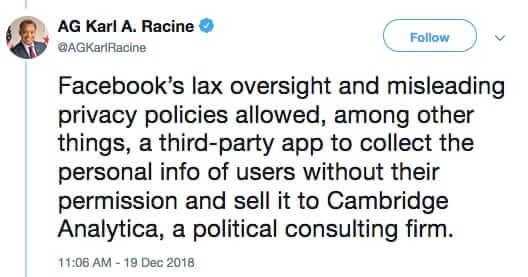 In a statement put out by his office this morning, Attorney General Racine said that “Facebook failed to protect the privacy of its users and deceived them about who had access to their data and how it was used. Facebook put users at risk of manipulation by allowing companies like Cambridge Analytica and other third-party applications to collect personal data without users’ permission. Today’s lawsuit is about making Facebook live up to its promise to protect its users’ privacy.”

And in a press call held this afternoon with reporters, the D.C. AG elaborated, saying that “In our lawsuit, we are seeking to hold Facebook accountable for jeopardizing and exposing the personal information of tens of millions of its users. We are also seeking to require Facebook to develop new protocols that will safeguard users’ data to ensure this never happens again. Lastly, we are also seeking restitution for the consumers who have been hurt as well as appropriate fines and penalties. I want to make a point about the injunctive relief we’re making as being important not only for platforms like Facebook but also for platforms in the broader technology space.”

Moreover, said Attorney General Racine during that call, “Public reports indicated that, in 2014, the app’s developer sold the consumers’ data to Cambridge Analytica – including the data of millions of people who never downloaded the app or chose to grant it permission to see or use their information. In fact, only 862 District residents downloaded the personality quiz, but more than 340,000 had their data sold to Cambridge Analytica. After they bought that data, Cambridge Analytica and its clients then used it for political purposes to benefit a presidential campaign in 2016. Even though Facebook learned that the personal information of millions of its users was stolen and sold in 2015, the company waited more than two years to inform users and authorities.”

Among other things according to the lawsuit, Facebook allowed a Cambridge University researcher named Aleksandr Kogan to use a third-party app to harvest the personal details of 70 million Facebook users, which he then sold to Cambridge Analytica for $800,000.

In the complaint (full copy of lawsuit complaint here), the AG alleges that:

B. The Sale and Misuse of Consumer Data

In 2014, at a time when the App was fully operational on the Facebook Platform and harvesting consumer data, Kogan entered into an agreement with Cambridge Analytica for the sale of data collected by the App. Cambridge Analytica was a political consulting firm based in London, England that provided consulting services to candidates running for political office in the United States and abroad.

Kogan provided Cambridge Analytica with the personal data and derivative data of the approximately 70 million United States Facebook consumers whose data was harvested, which included almost half of all D.C. residents. In exchange, Cambridge Analytica paid Kogan over $800,000.

The D.C. AG is basing the lawsuit in part on the fact that, according to the complaint, nearly half the population of Washington D.C. is included in the 70 million users whose personal data was improperly harvested from Facebook.

As other AGs in other states follow this lawsuit, it’s quite possible that other states will sign on, or bring their own, similar suits. 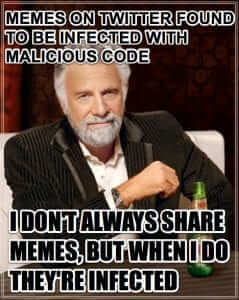 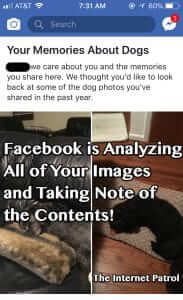