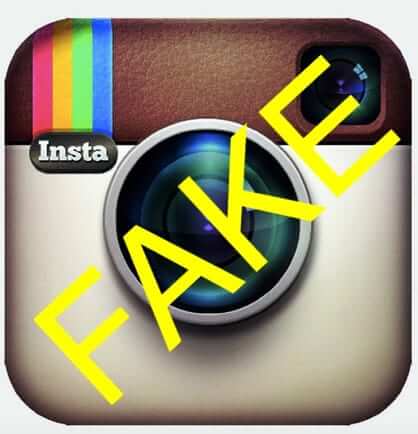 According to some, this is much more common among girls – so common, in fact, that it is now the norm, not the exception.

Explains one 18-year-old girl featured in an Elle magazine article about the Finstagram phenomena, “My rinsta is the filtered me — it’s how I often want people to perceive me. It’s where I look good in my pictures, I’m happy, and I’m having fun. My finsta also shows that, sometimes even more than my rinsta because it’s so genuine, but it also shows me sad, scared, drunk, or embarrassed.”

All joking aside, the bad news is that, according to sources, including the Elle article and information from the Horace Mann K-12 school in New York, it’s the younger kids who are finstaing.

In an article in the Horace Mann school paper [Page no longer available – we have linked to the archive.org version instead], 11-year-old Lulu is quoted as saying that “My finsta is a place where I can be the weirdest version of myself without worrying about the social repercussions,” and another Horace Mann student, 10-year-old Isabel explains that the appeal of a finsta account is that “You don’t have to care what it looks like, whether it’s cool, or what app you use.”

This suggests a concerning level of app use in the below-teen set, one that is likely to be difficult for even the most tech-savvy parent to detect, because while they may know to ask to see their child’s Instagram feed, even if they know to ask about a finsta feed, the child can just deny having one. It may, in this day and age, defy belief that a child would have no Instagram account, but so long as they have one they can show you, it will be a lot easier to hide a second one.

How to Find the Online Census, Telemedicine Online Virtual Doctors, Online Tax Filing, and Tax Filin...
The What, How, and Why of the Interrobang Punctuation Mark
What is a Virtual Restaurant? With Virtual Restaurants on the Rise We Explain
Sidewalk 'Smartphone Lanes' are Now a Thing
Getting Calendar Invitation Spam on Your Apple Device? Here's How to Stop It
Smartphones + Mobile Apps + Adaptive Workforce = Gig Economy
Full Text of Ambassador Gordon Sondland's Prepared Testimony Before the House Intelligence, Oversigh...
The Pros and Cons of Using the Chrome Password Manager
Share the knowledge

Number of people who have enjoyed this article: 2,232