Wal-Mart, Gap, Nike – when you think of companies known to use labor where the work enviroment is dangerous to the workers, these are names that come to mind. But Apple? Nokia?? It’s true – the odds are good that the screen on one or more of your computers or cell phones was manufactured in a plant where workers are routinely exposed to toxic chemicals – where, in fact, workers have died due to exposure to chemicals like n-hexane.

This week Chinese workers employed by Taiwanese screen manufacturer Wintek, in Wintek’s east China factory in Jiangsu province, staged a protest over, in part, their allegations that several workers have become paralyzed – and died – due to exposure to n-hexane, a toxic chemical that has been banned, but which Wintek is still using.

N-hexane is known for its toxicity and the potential to cause serious damage to the nervous system, leading to paralysis, and death.

Fully 20% of the 10,000 workers at Wintek’s Suzhou factory, a Wintek subsidiary known as United Win Technology, went out on protest over both Wintek’s failure to pay bonuses and, more seriously, Wintek’s continued use of n-hexane which is officially banned, but which the company and even Chinese health authorities acknowledge has been in continued use since the ban.

Explained one protesting worker, identified as Mr. Zhu, “The truth has been hidden from public view. There are people dying from long-term exposure to the toxicant used in the factory but no one is paying attention to that. There needs to be further investigation.”

Workers at Wintek’s United Win subsidiary claim that at least 4 of their colleagues have died from n-hexane toxicity; Wintek workers were required to use n-hexane – after it was banned due to the danger that it presents – to clean touch screens manufactured at the plant. Wintek manufactures much of the touch screen technology used around the world, including for such industry giants as Apple and Nokia. Indeed, Wintek supplies touch screens to

While local authorities refute the deaths, they admit to dozens of workers showing symptoms of hexane poisoning.

Zhu dismisses the claim, saying that one of his own colleagues, a gentleman named Li Liang, died of hexane poisoning. Wintek has claimed that Liang died of congenital heart disease.

Says Zhu, “What we feel angry about is the company authorities’ apathy to our workers’ health,” adding that Liang had no known history of heart disease, an assertion backed by Liang’s college roommate, Jiao Tan, who says that “Li was very healthy and never had any heart problem before.”

Zhu also explained that the smell of n-hexane has been strong in the factory. 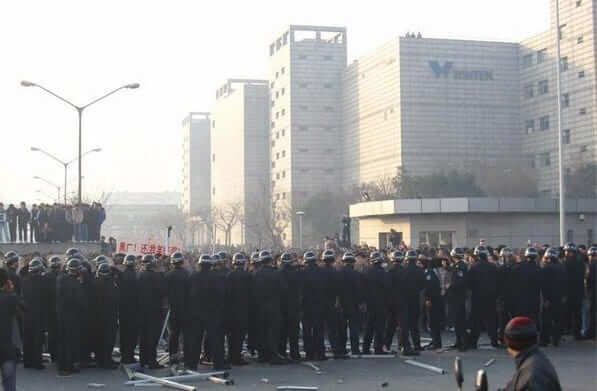 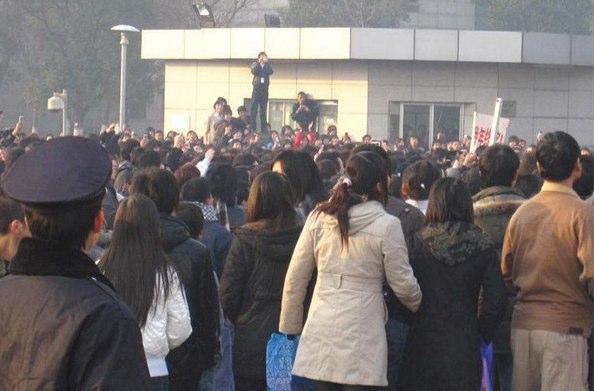 Wintek claims that it stopped using n-hexane about 5 months ago, and that levels of n-hexane in the factory are now below those required by regulation.

Even if true, it gives one pause to think: how thoughtful are we about the source of the electronics that we use every day? It has long been industry practice to use severely toxic chemicals in the manufacturing of computer parts and other electronics; how often do you stop to think – let alone question – whether the device you are about to buy was manufactured with care and respect to the health and safety of the workers, and the environmet?

Is It Ok to Leave Your iPhone Screen On All the Time? Here's the Answer
Here's What 'AmpDevicesAgent Wants to Use Your Confidential Information' Means
How to Have Siri Compose an Entire Email with Just One Command
Amazon Lawsuit Settlement Credit Refund Shows Up in Ebook Purchasers' Accounts
iMessage Stopped Working? Not Forwarding to or Getting the Code on Your Macbook or iPad? Try This
U.S. Indicts 5 Members of China PLA's Unit 61398 for Economic Espionage (Full Text)
The Blue Whale Suicide Challenge Game for Teens - It's Real Enough
How to Delete Messages Now that iMessage Doesn't Have X to Delete Message in Big Sur
Share the knowledge

One thought on “Did the Manufacturing of YOUR Computer and Cell Phone Screens Put Factory Workers in Danger?”

Number of people who have enjoyed this article: 5,167