If you’ve ever dreamed of walking on the Millenium Falcon from Star Wars, the Full Scale Millennium Falcon Project could make that dream a reality. A group of Star Wars fans, led by project founder Chris Lee, are calling 88 acres in Tennessee the new home to the 1:1 scale version of the ship that they are slowly building. The only difference between this model and the ‘real’ one is that this one won’t have an engine. 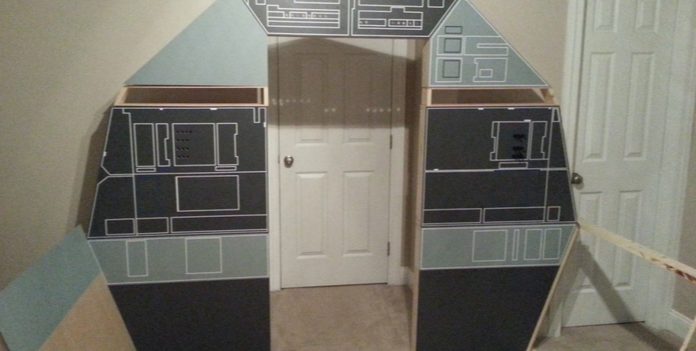 Lee’s plan is to make this project an Internet crowd-sourced effort, which means that fans with all different talents, or simply deep pockets, can be a part of this endeavor – including YOU. The Full Scale Millennium Falcon Project will build a replica ship that will be accurate both inside and out. 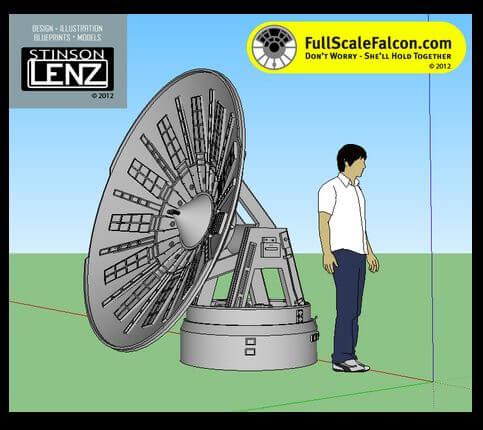 College student Stinson Lenz has already designed a detailed 3D model from which to build the Falcon, and another volunteer in Alabama has constructed the craft’s console and one of two laser guns. The project is expected to go slowly – several years – but as Lee points it, the fun of it is in the journey to complete it.

A workshop and storage facility is expected to be up and running by the middle of 2013, after which the plan is to start work on the concrete foundation. 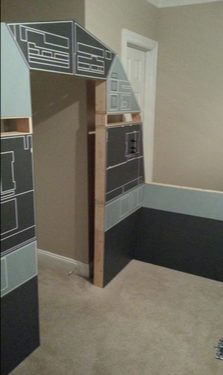 And who knows, maybe 1000 years from now, our descendants will discover it and think it evidence of an alien landing.

To learn how you can be involved, visit the Full Scale Falcon Project website!

Hoaxy Lets You Track the Spread of Misinformation and How Often it was Fact-Checked
The Turing Daraprim Outrage Explained and How the Internet Shamed Martin Shkreli to Retract the Rate...
Pizza Rat an Internet Sensation
PDX Carpet is Darling of the Internet
A Message from Anne: My Big Bad Accident and Why You Should Wear Your Seatbelt
Just in Time for Black Friday and Cyber Monday Our Readers Share Their Top Holiday Gift Ideas
Full Text of Alexander Vindman’s Prepared Testimony Before the House Intelligence, Oversight and Ref...
What is Dalgona Coffee (Quarantine Coffee), Why is it Blowing Up Social Media, and How to Make Quara...