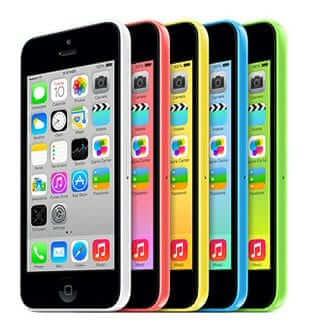 Some iPhone 4, 4s, and 5 users who are running iOS6 are finding that they have a rather annoying issue – iTunes music or podcasts automatically starting to play after they receive a phone call.

This little issue is annoying at best, and downright embarrassing at worst. Said one user, “Really annoying when Electro music starts to play in the middle of a board meeting.” That sentiment was echoed by several other users on the Apple help forum, with tales of phones going off at work, in the middle of meetings and visiting clients.

Some users have found a workaround to this issue, at least as far as podcasts are concerned, by downloading the app Downcast. The Downcast app is being hailed as “everything the Podcast app should be.” Users can manually subscribe to podcasts via URL, automatically download podcasts, auto-update podcast feeds based on user schedule and location, and choose from the option to download the podcast, or stream it. But perhaps most importantly, users are not experiencing the playback issue with Downcast. Said one irked user,”I can confirm that I don’t see the same issue when using Downcast. Liking it so far, just a little annoyed that I had to buy something to keep the same functionality I had before iOS 6. Don’t get me wrong, Downcast is superior to the Apple podcast app in most ways, I just didn’t need it a few weeks ago. Wish Apple had just bought Downcast instead of putting out their garbage.”

Note that this does not help the iTunes music the automatic playback issue. A few users have noted that they simply needed to install the latest iPhone software update to fix the issue, but the software update indicates nothing about fixing this particular issue. Instead it just says, “This updater fixes a bug that prevents iPhone 5 from installing software updates wirelessly over the air.”


Unfortunately at this time, Apple is yet to mention a fix for this issue, or even acknowledge the issue. Apparently they have been doing damage control with some sort of mapping issue.

How Downloading MP3s Really Does Take Money Out of the Artists' Pockets
Songza Dead - was New Songza App Offers Amazing Playlists of Popular Tunes, Giving Pandora a Run for...
Google Lens and How To Use It To Identify Things In Your Daily Life
Think that You Want the New iPhone X (10)? Read This First
The Best Consumer Device for Secure Calls and Text Messaging
How to Customize the Toolbar in a Reply Email in Apple Mac Mail
Urgent iOS 9.3.5 Security Update for iPhone, iPod and iPad
Big Flap as Flappy Bird Creator Discontinues App, Gets Death Threats
Share the knowledge

Number of people who have enjoyed this article: 2,041