You heard it here first (Aunty sure appreciates her little birdies!)

U.S.-based ISP giant Earthlink and Korean-based SK Telecom have just this morning announced that they have joined forces to form a national wireless provider here in the United States.


What does this mean to consumers?

Well, SK Telecom has for years been offering their customers in Korea and other Asian communities wireless devices which not only make telephone calls and take pictures (like all good telephones should) but which also allow consumers to watch video, movies, and television, do banking and make point of sale payments, and download and listen to music, among other things.

Said Earthlink founder and director Sky Dayton, who has been installed as CEO of the joint venture, “In South Korea, kids on the street are using their mobile phones to listen to music, watch TV, video conference, locate their friends and access the Internet – as well as make voice calls â€“ as opposed to the U.S. where the mobile experience is primarily about talking on the phone. Americans are living in the past.”

Hunh. Primarily for talking on the phone? Aunty has some pictures she’d like to show Mr. Dayton.

But that aside, keep an eye out – SK-Earthlink says that they plan to announce their new product launch schedule in the coming months.

How to Turn Off or Cancel Auto Renewal of Domains at GoDaddy
Health Sherpa Offers HealthCare.gov Alternative
Create eBooks to Take Along on Your iPod!
Why You Want to Use the Starbucks App Instead of Your Starbucks Card
Is The Internet Changing Our Brains?
Scientists Say Much of U.S. Internet in Serious Jeopardy from Rising Sea Levels
The Spinning Disks of Internet Slowdown Day Explained
Verizon Acquires Yahoo and Apparently It's Worth It - Here's Why 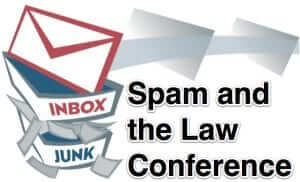