Three-month-old baby Joey Powling has captured the collective heart of the Internet, and has been dubbed ‘Ridiculously Good-looking Surgery Baby’. A few days after undergoing major heart surgery due to being diagnosed with a heart defect called Tetralogy of Fallot, the family snapped a picture of the little guy, all smiles, and then uploaded it to Reddit. From there, an Internet star was born. 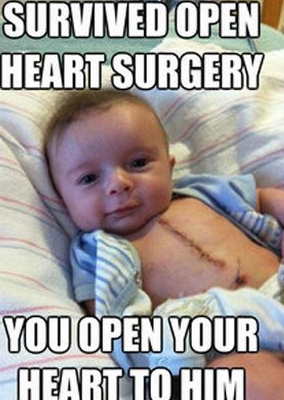 Joey was born with Tetralogy of Fallot, a congenital heart defect that left a small hole in his heart. In order to survive, Joey had to undergo seven hours of heart surgery at Boston’s Children’s Hospital. No doubt seven agonizing hours for his worried family, as Joey’s dad, Joe, Sr., told ABC News, “It felt like forever. You have no control over the situation. There’s really nothing you can do.” 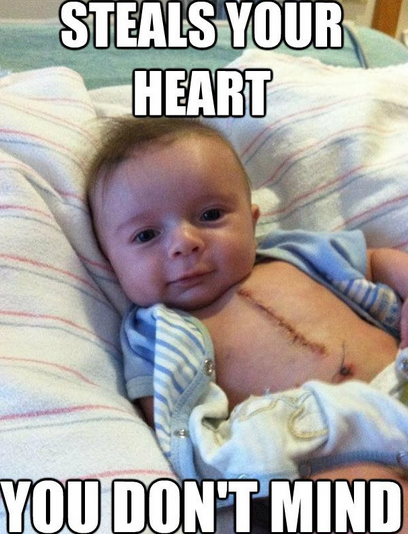 But babies are resilient, and little Joey was all smiles a mere few days later as his family took pictures of the smiling boy, showing off his tiny little surgical battle wounds. 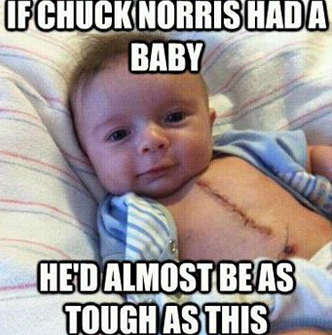 When Joey’s uncle saw how great the photos came out, he asked if he could upload one to Reddit and Joey’s parents consented. Once uploaded, ‘Ridiculously Good-looking Surgery Baby’ was spawned and took off like wildfire, with over 1 million ‘likes’ on Facebook. Joey’s parents are thrilled with their son’s new stardom, and hope that it will raise awareness of the rare Tetralogy of Fallot condition.

How to Know If You Are Interacting With a Bot
Justice Department Ferguson Report Now Online
How to Protect Your Digital Footprint from Prying Relatives and Friends
Smartphones + Mobile Apps + Adaptive Workforce = Gig Economy
Canadian Clothing Company High on Life's Social Media Stunts at Yellowstone Land Them in Hot Water
Digital Driver's License Coming to Some States
Where to Find Trusted Factual Information about Ebola Online
Huffington Post Shuts Down 100,000 Strong Contributor Network Without Warning