According to “sources”, Apple will be announcing a new iPhone trade in program late this month. The sources say that Apple has created a partnership with mobile phone distributer and trade-in master Brightstar.

Observes industry analyst Roger Entner, “This will help them sell more phones, because it will lower the consumer’s out-of-pocket expense.”

While Apple has for some time offered consumers the option of exchanging used iPhones (and iPads and Macs) for gift cards through the Apple Recycling Program, this new iPhone trade-in program will be offered (only) through Apple retail outlets. 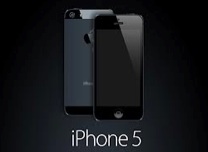 By offering the trade-in program, through which people can upgrade from an old iPhone to a new iPhone, Apple not only will be putting more new iPhones in the hands of consumers in the United States, but they will also be putting more iPhones in the hands of people in other countrys, as the traded-in old iPhones will be shipped for sale in other countries.

Observes David Edmonson, of eRecyclingCorp, “The iPhone is an iconic device that people around the world want to own. If they can’t afford a new Mercedes, they’ll get a used one.”

Adds industry analyst Walter Piecyk, “The key is to get iPhones into as many people’s hands as possible. Selling used phones is one way to do that.”

As More Undersea Cables are Gashed - Disrupting Internet Access to Middle East, India, Sri Lanka and...
How to Remove that Guest User Account from Your Mac or Macbook
How to Find the A---- Model Number on Your MacBook Air or MacBook Pro
UN Resolution Against North Korea (DPRK) - Read it Online
How to Use Your iPad or Android Tablet as a Second Display Monitor Screen
How to Change or Cancel Recurring Charge Automatic Payment Subscriptions with Apple Such as for Tind...
When Compliments Backfire: The Proudman Carter-Silk LinkedIn Compliment Fiasco
What the new U.S. - Cuban Relationship Means for Cuba and the Internet
Share the knowledge

Number of people who have enjoyed this article: 2,350