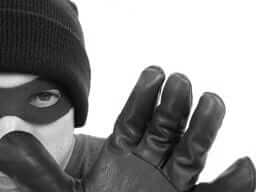 Apple and Samsung are among the major smartphone makers to take the CTIA pledge to provide antitheft so-called “kill switches” – tools and mechanisms to allow an owner to disable, lock, and even delete the data off their devices, should their phone or other smart device be stolen or lost.

Google and HTC have also agreed to providing antitheft mechanisms, as have Verizon AT&T, Sprint, and T-Mobile.

Explained Steve Largent, CEO of the CTIA, “We appreciate the commitment made by these companies to protect wireless users in the event their smartphones are lost or stolen. This flexibility provides consumers with access to the best features and apps that fit their unique needs while protecting their smartphones and the valuable information they contain.”

“At the same time, it’s important different technologies are available so that a ‘trap door’ isn’t created that could be exploited by hackers and criminals,” Largent added.

Those companies who have signed on to the CTIA Smartphone Anti-Theft Voluntary Commitment have agreed as follows:

Each device manufacturer and operating system signatory of Part I of this “Smartphone Anti-Theft Voluntary Commitment” agrees that new models of smartphones first manufactured after July 2015 for retail sale in the United States will offer, at no cost to consumers, a baseline anti-theft tool that is preloaded or downloadable on wireless smartphones that provides the connected capability to:

In addition to this baseline anti-theft tool, consumers may use other technological solutions, if available for their smartphones.

Each network operator signatory of Part II to the “Smartphone Anti-Theft Voluntary Commitment” commits to permit the availability and full usability of a baseline anti-theft tool to be preloaded or downloadable on smartphones as specified in this commitment.

Best Image to Text OCR App for the iPhone and iPad - and it's Free!
Major Vulnerability in Security Protocol for Most Wifi Routers and IoT Devices Revealed, Codename: K...
Memes Shared on Twitter Infected with Malicious Code
The Dog Gadgets Available Online that You Never Knew You Needed
The getaddrinfo Vulnerability that Has Everyone Freaking Out Explained
Full Text of iOS 9 User Agreement - Part 2
How to Turn Off Emoji in iMessage and Instead Use Text Smiley Faces
Urgent iOS 9.3.5 Security Update for iPhone, iPod and iPad
Share the knowledge