We all quickly figured out that Apple Maps is a debacle of epic proportions, but deadly? Australian authorities are warning motorists to use another mapping option, calling Apple Maps a “potentially life-threatening issue.” 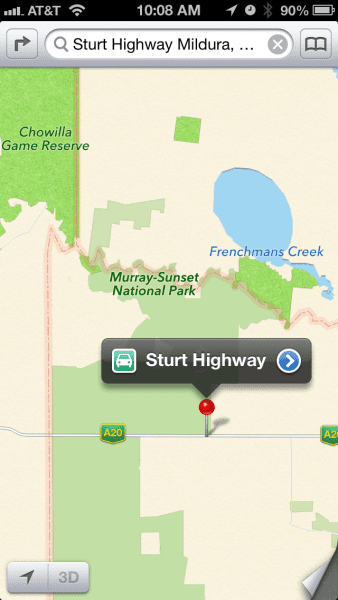 The biggest issues seems to be the fact that, according to Apple Maps, the city of Mildura (population 30,000) is in the middle of the wilderness of Murray-Sunset National Park. 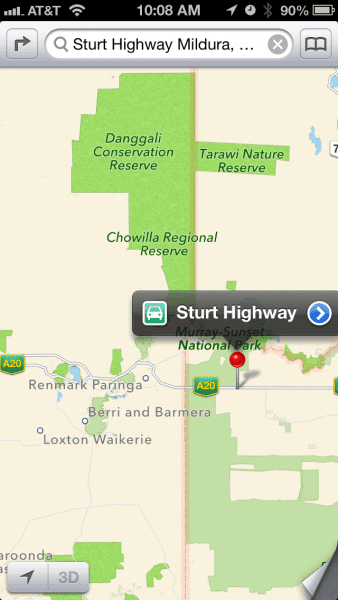 According to Mildura police, they have received several distress calls from stranded motorists, led into the wilderness by Apple Maps, where temperatures can get up to 114 degrees. Said the Mildura police in a statement, “Some of the motorists located by police have been stranded for up to 24 hours without food or water and have walked long distances through dangerous terrain to get phone reception.” 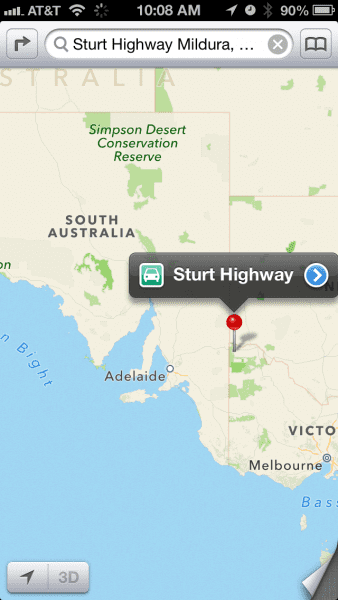 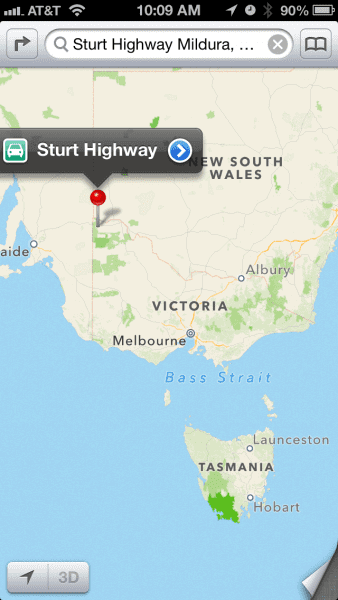 Apple has not commented on this slew of Aussies stranded down under, other than their canned response of working hard to fix the mapping system. We’re sure they are tired of hearing it, and just like pointing out to a smoker that smoking could kill them, Apple already obviously knows that their mapping system could, well, kill people.

There is no truth to the rumor that Australian officials are considering sending the two DJs who pranked the hospital where Kate Middleton was staying out into the wilderness with nothing but an iPhone, as punishment for their deed.

Full Text of iOS 9 User Agreement
How to Export Email Addresses from Your Email Program on a Mac
Fixing the Dreaded iPhone Gmail "Cannot Get Mail" Error Issue
How Taylor Swift Brought Apple to Their Knees
How to Back Up one Mac to another Mac Using Time Machine
Warning: iTunes Gift Cards Can Only be Used in the Country in Which They Were Purchased
iPhone Photos Disappear and Reappear in Photo.app with Restoring Message
iTunes Does Not Recognize iPhone? Here's What to Do
Spread the love