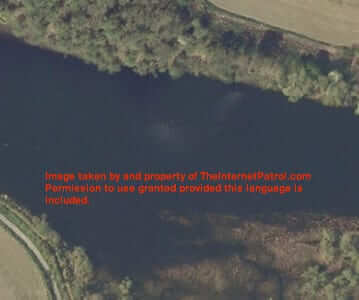 As preposterous as it may sound, it seems that the Apple Maps satellite may have captured an image of the fabled Loch Ness monster, Nessie. Described as looking like the wake of a boat, but with no boat around, the image distinctly shows something that seems to be underwater, and appears to have fin-like appendages on either side.

This is the image that everybody is talking about – however we found another image in our research (see below): 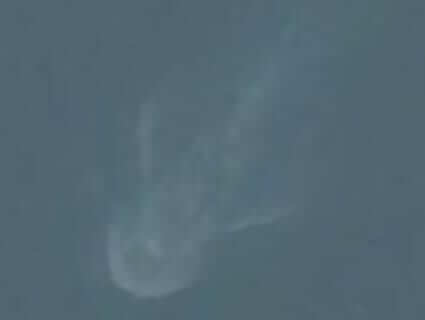 “It was purely by accident that I came across the image,” explains Andy Dixon, who first brought the image to public attention. “I was trawling through satellite transmissions of different parts of the country and I thought I would try Loch Ness. I could see something big under the water and I saved it to my phone. My first thought was that it was the monster and I contacted Gary Campbell of the Official Loch Ness Monster Club.”


Says Gary Campbell, “It looks like a boat wake, but the boat is missing. You can see some boats moored at the shore, but there isn’t one here. We’ve shown it to boat experts and they don’t know what it is.”

“What ever it is,” adds Campbell, “it’s just below the surface and heading south so unless there have been secret submarine trials going on in the loch, the size of the object would make it likely to be Nessie.”

Now, here is the thing, we went looking on our own Apple Maps on an iPhone, in an effort to find that image. We didn’t find it, but we did find this image, at the same location: 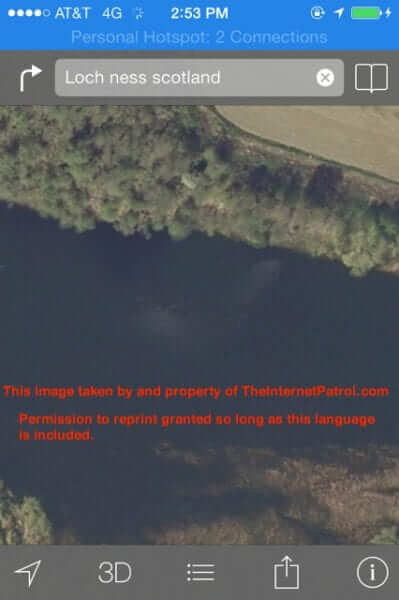 Here is a higher res version of that image that we found. We ask you – what is that thing?

If you are reading this on an iPhone or iPad, you can use this map link to go to Loch Ness and look for Nessie.

A Plain English Explanation of Local Currency and How it Works
5 Practical Microsoft Apps You Should Have On Your Android or iOS Device
Facetime with Your Plants! (And Water Them from Anywhere)
Hackers Target WHO Amidst the Covid-19 Pandemic
Google Barges Cause Sensation - What Do They Want with a Google Barge?
Whatever Happened to Activity Monitor in Apple Mail? And How to Get it Back
Mac Finder Hanging or Freezing? Try This
Mac Finder Slow or Not Responding? What to do With A Frozen Finder
Share the knowledge

Number of people who have enjoyed this article: 3,009