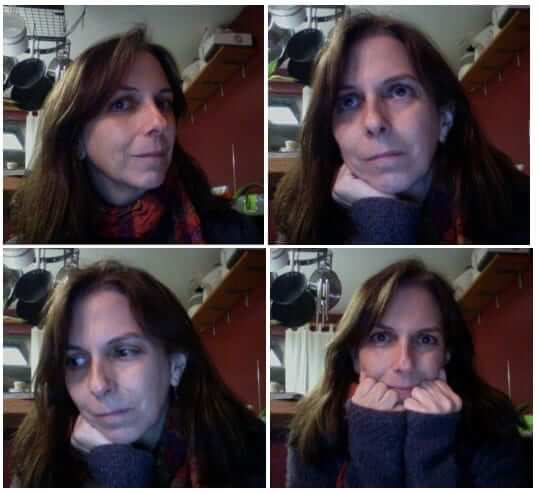 Hi! I’m Anne P. Mitchell, attorney at law, and publisher of The Internet Patrol, among many other things (you can read more about that here if you’d like).

I’ve been on the Internet for a very long time, and over the years I have accumulated a list of things, ranging from books, to services, to electronics, and everything in between, that I can highly recommend.

Here they are, with more being added as I feel they deserve it.

[Note: Some of the item links are coded so that if you buy the item we get a tiny commission, to help cover the cost of running The Internet Patrol, but it’s completely fine if you don’t use our link and just go to the item’s website directly!]

Seeds of Deception: Exposing Industry and Government Lies About the Safety of the Genetically Engineered Foods You’re Eating

Blurb: Without knowing it, Americans eat genetically modified (GM) food everyday. While the food and chemical industries claim that GMO food is safe, a considerable amount of evidence shows otherwise. In Seeds of Deception, Jeffrey Smith, a former executive with the leading independent laboratory testing for GM presence in foods, documents these serious health dangers and explains how corporate influence and government collusion have been used to cover them up.

Anne says: I was frankly stunned to learn that so many other countries have banned things that are sold in our own supermarkets, and that, furthermore, there is solid research in some of these countries as to the health risks and dangers of some of these ‘foods’ (which is why they are banned). Yet here in the U.S. there is very little information available about this research – it has been swept under the rug.

The China Study: The Most Comprehensive Study of Nutrition Ever Conducted and the Startling Implications for Diet, Weight Loss and Long-term Health

Blurb: Even today, as trendy diets and a weight-loss frenzy sweep the nation, two-thirds of adults are still obese and children are being diagnosed with Type 2 diabetes, typically an “adult” disease, at an alarming rate. If we’re obsessed with being thin more so than ever before, why are Americans stricken with heart disease as much as we were 30 years ago? In The China Study, Dr. T. Colin Campbell details the connection between nutrition and heart disease, diabetes, and cancer. The report also examines the source of nutritional confusion produced by powerful lobbies, government entities, and opportunistic scientists. The New York Times has recognized the study as the “Grand Prix of epidemiology” and the “most comprehensive large study ever undertaken of the relationship between diet and the risk of developing disease.”

Anne says: This book, coupled with the next one (Blue Zones) forever changed my outlook on the connections between food and health. Not even complicated nutrition and health – basic food and your health. This book is written by two physicians, one of whom was a government physician for many years, and it is very revealing.

The Blue Zones: Lessons for Living Longer From the People Who’ve Lived the Longest

Blurb: A long healthy life is no accident. It begins with good genes, but it also depends on good habits. If you adopt the right lifestyle, experts say, chances are you may live up to a decade longer. So what’s the formula for success? National Geographic Explorer Dan Buettner has lead teams of researchers across the globe to uncover the secrets of Blue Zones—geographic regions where high percentages of centenarians are enjoying remarkably long, full lives. The recipe for longevity, Buettner has found, is deeply intertwined with community, lifestyle, and spirituality. You won’t find longevity in a bottle of diet pills or with hormone therapy. You’ll find it by embracing a few simple but powerful habits, and by creating the right community around yourself. In The Blue Zone, Buettner has blended his lifestyle formula with the latest longevity research to inspire lasting behavioral change and add years to your life.

Anne says: This book, combined with the China Study above, were truly life-changing for me. These two books, combined, give you all you need to live a healthier, longer life, and to feel fantastic, and quickly!

Blurb: Yotam’s food inspiration comes from his Mediterranean background and his unapologetic love of ingredients. Not a vegetarian himself, his approach to vegetable dishes is wholly original and innovative, based on freshness and seasonality, and drawn from the diverse food cultures represented in London. A vibrant photo accompanies every recipe in this visually stunning book. Essential for meat-eaters and vegetarians alike!

Anne says: I admit it, I’m a cookbook junkie. That means I have literally dozens (maybe even hundreds) of cookbooks, and this one is hands-down one of my favourites. The recipes are perfect, and easy to follow – and the pictures are gorgeous. In fact, in addition to it being one of my favourite books from which to make something, it’s also my go-to cookbook to give as a gift. It’s that gorgeous!

Blurb: TV The Way You Want It. You choose from the biggest selection of streaming channels, you can even follow movies coming soon. There are hundreds of free channels, easy ways to buy or watch films from top providers, and no additional charges to watch streaming services like Netlfix or Hulu Plus if you already subscribe. And if you have cable, Roku players bring new ways to watch based on your cable subscription.

Anne says: I’ll never forget the day that I walked into our cable provider’s office and gave them back our cable box. In fact, the person at the counter had no idea what to do with it – it was unthinkable that somebody wouldn’t want cable. I have not had cable – or even a television antenna – for more than ten years. With this tiny Internet television and media box (it’s roughly the size of a hockey puck) I can watch any show that I want, when I want, and as often as I want. Couple it with a Netflix subscription ($7.99/month for all you can eat streaming video, including hundreds of television shows, current movies, etc.) and it’s a dream come true – cutting the cord on your cable, and so much more control over what you watch and when you can watch it! (Confession: I have my workout equipment set up in front of my television screen, and watch episodes of shows like Glee, Gilmore Girls, and Parenthood while I work out – it’s the only way that I can force myself to exercise consistently.)

Blurb: Apple Watch makes all the ways you’re used to communicating more convenient. And because it sits right on your wrist, it can add a physical dimension to alerts and notifications. For example, you’ll feel a gentle tap with each incoming message. Apple Watch also lets you connect with your favorite people in fun, spontaneous ways — like sending a tap, a sketch, or even your heartbeat.

Anne says: I will be the first to admit that I thought that the Apple Watch was a stupid idea. A novelty. A pointless fad. Then I had an occasion to wear, for all of a few minutes, a Pebble watch

, and I realized how incredibly convenient – not to mention so much less rude – it was to casually glance at your wrist to see if a message was urgent and in need of immediate attention, rather than whipping out your phone every time you get a message. So I got myself a Pebble watch. And that’s when I discovered that although the Pebble watch works really well with an Android phone, it does not play nicely at all with an iPhone (which is what I now have). I could see messages, but I couldn’t respond to them, for example. By now, however, I was hooked on being able to just glance at my wrist rather than getting my phone out, and so we got an Apple watch to review* here. And I love it. (*One example of the several reviews of the Apple watch that we have done here is 12 Not Obvious Things You’ll Want to Know About Your Apple Watch.)

Blurb: PhoneTag uses advanced technology to convert voicemail to text and deliver it via e-mail and/or text messages. We deliver your transcribed voicemail, along with an audio file of the original message, to your mobile phone, PDA,and/or email account – saving you time and money.

Anne says: I have been using PhoneTag (previously known as Simulscribe) since 2007 – so for eight years! That alone should tell you something!

Blurb: Receive all the benefits of Amazon Prime including FREE Two-Day Shipping for eligible purchases, unlimited streaming of movies and TV shows with Prime Instant Video, and the ability to borrow books from the Kindle Owners’ Lending Library for $99 a year.

Anne says: Amazon Prime is absolutely the bomb. I would never want to be without it – $99 for a year may seem like a lot, but when you consider how much you save over the year on shipping, even before you factor in the convience factor, it’s really worth it. Plus, then you have streaming Amazon prime movies and television shows to use with your Roku (see above). :-)

I’ll keep adding to this list as I think of or come across other things that I think deserve my endorsement. :-)

Online History Help: History Videos with History Lessons in Lyrics Set to Popular Songs
"Launch" Answers How to Launch an Internet Business, Product, App or Website
Possible Yelp Shareholder Lawsuit as Stock Tanks After FTC Reveals Subpoenas and Thousands of Compla...
USB Microscopes! Unique Christmas Gift Ideas!
Create eBooks to Take Along on Your iPod!
The Actual Size of Moo Mini Cards and Why Not to Use Them
Cellular Phone Charger Powered by Hamster and Wheel
Bitcoins ("BTC") and Bitcoin Mining Explained in Plain English
Share the knowledge

Number of people who have enjoyed this article: 1,978