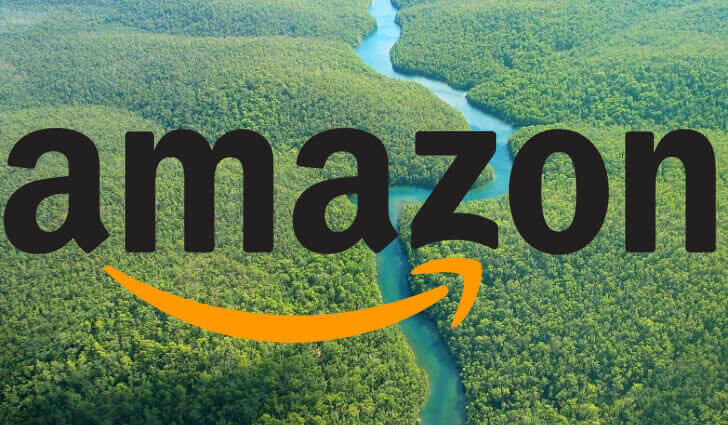 The nations of the Amazon rainforest have all but lost the battle over the dot Amazon domain (.Amazon), with the governing body, ICANN, saying that Amazon.com’s application for the .Amazon TLD can proceed. The Amazon basin nations, represented by the Amazon Cooperation Treaty Organization (ACTO) include Peru, Brazil, Ecuador, Colombia, Bolivia, Venezuela, Guyana and Suriname.

Amazon (the retailer) first conceived of, and applied for, the .amazon domain back in 2012, not long after ICANN (the Internet Corporation for Assigned Names and Numbers) started accepting applications for vanity top level domains (TLDs). However, in 2013 the status of Amazon’s .amazon application was put on hold when some of the Amazon basin countries objected, saying that a corporation should not have a monopoly on a domain that is the name of a geographic region encompassing no fewer than 8 countries, a legendary river, and acres of rain forest. And hey, they were there first. So Amazon’s application was officially put into a “Will not proceed” status in 2013.

Amazon.com objected to its application for .amazon being sidelined, and filed a request for an independent review, pursuant to ICANN’s procedural guidelines. In Amazon’s request for the review, they claimed:

“Bowing to political pressure from the governments of Brazil and Peru, ICANN’s Board of Directors (the Board) stopped the .AMAZON Applications from proceeding. None of the Board’s justifications for its decision withstands scrutiny.

For its part, ICANN’s response includes the observation that “Despite Amazon’s claims that ICANN bowed to “political pressure” from Brazil and Peru and “abdicated its independent decision-making role,” the record shows that ICANN’s NGPC {New gTLD Program Committee} independently investigated the circumstances, considered extensive arguments made by Amazon, and even commissioned an independent legal expert to advise whether denial of Amazon’s Applications was inconsistent with international law – the primary legal contention Amazon was then making. The NGPC was careful, thorough, neutral, and objective in its decision to accept the GAC {Governmental Advisory Committee} consensus advice.”


This interstitial skirmish was put to rest in 2017, when the Independent Review Panel concluded that ICANN’ had erred, putting Amazon’s application for the .amazon TLD back into play.

ICANN then asked for additional advice from the GAC, which in turn led to ICANN basically telling Amazon and the Amazon river basin countries to “work it out,” giving the parties until April 7, 2019, to work it out.

The deadline passed with no agreement or resolution between Amazon.com and the Amazon nations, and this week ICANN issued a resolution saying “Resolved (2019.05.15.13), the Board finds the Amazon corporation proposal of 17 April 2019 acceptable, and therefore directs the ICANN org President and CEO, or his designee(s), to continue processing of the .AMAZON applications according to the policies and procedures of the New gTLD Program. This includes the publication of the Public Interest Commitments (PICs), as proposed by the Amazon corporation, for a 30-day public comment period, as per the established procedures of the New gTLD program.”

Now, we’re pretty sure that Amazon is banking on few in the public caring about whether Amazon gets the .amazon domain – certainly not in enough numbers to make a difference.

Spend $10 at Whole Foods By July 16 and Get $10 Credit on Amazon!
Man who Killed Wife, and Posted Picture and Confession on Facebook, Convicted of Murder
Presidential Candidate Tulsi Gabbard Sues Google Over Disabling Ads and Going to the Spam Folder (Fu...
Apple Settles iCloud Storage Breach of Contract Class Action Lawsuit: You May Be Owed Money (Plus Fu...
Amazon Opens Full-Scale Brick and Mortar Amazon 4-Star Store in Colorado, New York, with Berkeley on...
How to Upload iTunes Music to the Amazon Music Cloud Service
Amazon Threatens Me with Termination of My Top Reviewer Status for No Real Reason
Complete List of Amazon Echo Commands that can Trigger an IFTTT Recipe
Share the knowledge

Number of people who have enjoyed this article: 489