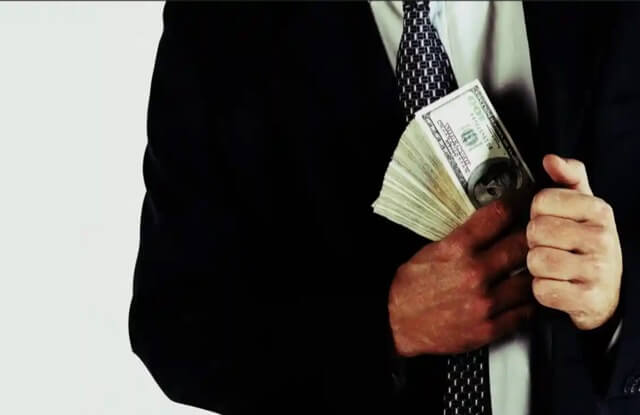 Last evening, without warning, Amazon sent an email to its customers notifying customers that they are discontinuing the AmazonSmile program, saying that “the program has not grown to create the impact that we had originally hoped.” We call foul. We personally know of many smaller charities that counted on Amazon Smile contributions as part of their budget.

In fact, the charity to which we have been contributing through Amazon Smile, Greenwood Wildlife Rehabilitation Center, has received $318.61 just from our purchases alone through Amazon Smile, and they have received more than $10,000 through the AmazonSmile program (see images below). $10,000 can make a big difference to a smaller or lesser-known charity.

What’s more, Amazon boasts that the Amazon Smile program has sent over $400million to U.S. charities as of December 2022, and nearly $450million worldwide. 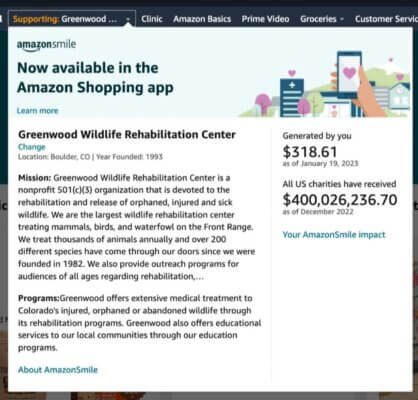 This is certainly going to be a blow to smaller charities throughout the United States, and even around the world.

We keep coming back to this line from the below letter, the “the program has not grown to create the impact that we had originally hoped.” Because those funds certainly impacted those smaller charities. This begs the question: exactly what impact was Amazon hoping to make? We suspect that the impact they were hoping to make was “a smaller impact on Amazon’s bottom line”.

Amazon’s Letter Announcing the Closing of the Amazon Smile Program

In 2013, we launched AmazonSmile to make it easier for customers to support their favorite charities. However, after almost a decade, the program has not grown to create the impact that we had originally hoped. With so many eligible organizations—more than 1 million globally—our ability to have an impact was often spread too thin.

We are writing to let you know that we plan to wind down AmazonSmile by February 20, 2023. We will continue to pursue and invest in other areas where we’ve seen we can make meaningful change—from building affordable housing to providing access to computer science education for students in underserved communities to using our logistics infrastructure and technology to assist broad communities impacted by natural disasters.

To help charities that have been a part of the AmazonSmile program with this transition, we will be providing them with a one-time donation equivalent to three months of what they earned in 2022 through the program, and they will also be able to accrue additional donations until the program officially closes in February. Once AmazonSmile closes, charities will still be able to seek support from Amazon customers by creating their own wish lists.

As a company, we will continue supporting a wide range of other programs that help thousands of charities and communities across the U.S. For instance:
Housing Equity Fund: We’re investing $2 billion to build and preserve affordable housing in our hometown communities. In just two years, we’ve provided funding to create more than 14,000 affordable homes—and we expect to build at least 6,000 more in the coming months. These units will host more than 18,000 moderate- to low-income families, many of them with children. In one year alone, our investments have been able to increase the affordable housing stock in communities like Bellevue, Washington and Arlington, Virginia by at least 20%.
Amazon Future Engineer: We’ve funded computer science curriculum for more than 600,000 students across over 5,000 schools—all in underserved communities. We have plans to reach an additional 1 million students this year. We’ve also provided immediate assistance to 55,000 students in our hometown communities by giving them warm clothes for the winter, food, and school supplies.
Community Delivery Program: We’ve partnered with food banks in 35 U.S. cities to deliver more than 23 million meals, using our logistics infrastructure to help families in need access healthy food – and we plan to deliver 12 million more meals this year alone. In addition to our delivery services, we’ve also donated 30 million meals in communities across the country.
Amazon Disaster Relief: We’re using our logistics capabilities, inventory, and cloud technology to provide fast aid to communities affected by natural disasters. For example, we’ve created a Disaster Relief Hub in Atlanta with more than 1 million relief items ready for deployment, our Disaster Relief team has responded to more than 95 natural disasters, and we’ve donated more than 20 million relief products to nonprofits assisting communities on the ground.
Community Giving: We support hundreds of local nonprofits doing meaningful work in cities where our employees and their families live. For example, each year we donate hundreds of millions of dollars to organizations working to build stronger communities, from youth sport leagues, to local community colleges, to shelters for families experiencing homelessness.
We’ll continue working to make a difference in many ways, and our long-term commitment to our communities remains the same—we’re determined to do every day better for our customers, our employees, and the world at large.

Thank you for being an Amazon customer. 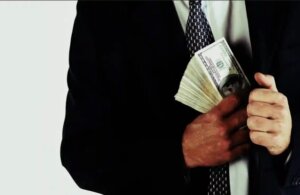 About the New Amazon Pharmacy - You Knew it was Only a Matter of Time
Amazon Echo Dot Setup and How to Use the Echo Dot as an Extension of Your Echo
Amazon Unlimited Photo Storage Service only $11.99 per Year - Free with Prime
Can't Find How to Turn on Text Message Notifications for Amazon Fresh and Whole Foods Delivery? Here...
Amazon Launches Fantasy Adventure Game on Echo
How to Cancel Amazon Television Channel Subscriptions
Here's How to Export Your Amazon Music Playlist List
How to Report Damaged or Bad Packaging to Amazon
Share the knowledge

Number of people who have enjoyed this article: 50