A new AOL Instant Messenger worm called SDBot.add has been discovered which installs the Lockx.exe rootkit on your computer, and redirects your searches to eza1netsearch[dot]com

A rootkit (also known as “root kit”) is a usually undetectable piece of malicious software which, once installed, allows someone to have full root (master) access to your computer. Once the Lockx.exe rootkit has been installed, it opens a direct connection to an IRC channel, through which people can take control of your computer.


In addition to installing the Lockx.exe root kit, SDBot.add installs a host of other malware, spyware, and adware.

The new AIM worm is being propagated by the usual AIM worm methods – you receive an AIM message from someone, often someone you know, with a link in it, and when you click on the link, the worm is transferred to your computer.

The SDBot.add AIM worm and its Lockx.exe rootkit were discovered by FaceTime Communications, an online security company.

Said Tyler Wells of FaceTime, “A very nasty bundle is downloaded to your machine. This is the first time that we have seen a rootkit as part of the bundle of applications that is sent to your machine. It is a disturbing trend.”

Yahoo Chat Rooms: You Must Be Over 18 Now
How to Turn Off Emoji in iMessage and Instead Use Text Smiley Faces
More Than Half of Americans Check Email in Bed
Why AOL Email is Bouncing: AOL Copies Yahoo's DMARC Policy
AOL's Music Now Music Service Download Website Opens Doors for Business
5 Cool Google Messages Features that are Helping People Stay Connected
Facebook to Buy 450 Million WhatsApp Users for $19 Billion Package
Message to "Change Your Email Address" Mistakenly Sent to Windows Live Users 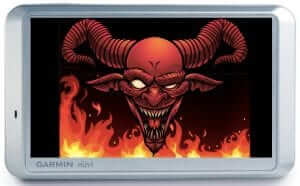