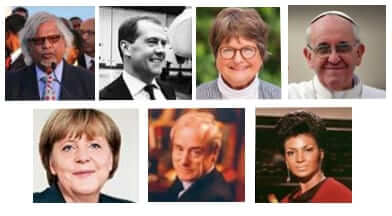 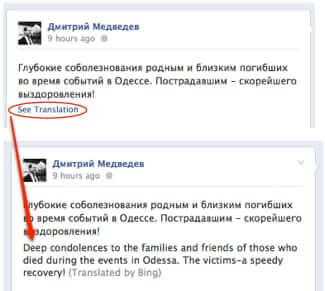 First, we have to say that Arun Gandhi is one of the most gracious and inspiring people we have ever interviewed. Arun Gandhi gave us this interview for our Monday Night Radio program, in which he described how he is carrying on his grandfather’s work. Mr. Gandhi is involved in several charities, including his Gandhi for Children organization, which is working to fight child trafficking, forced child labor, and child hunger.
Follow Arun Gandhi, grandson of Mahatma Gandhi, on Facebook

Sir Harold Evans is a pioneer in investigative journalism. Having served for fourteen years as the editor of the British publication, the Sunday Times, he later moved to the United States, where he steered first the Atlantic Monthly and then U.S. News and World Report. But he is equally known for his award-winning books The American Century, and the more recent They Made America. Sir Harold is also known for, among other things, his expose on Thalidomide, and his opening up the story about how Bill Gates scooped Gary Kildall.
Follow Sir Harold Evans on Facebook

Elected as Pope in March of 2013, Pope Francis, also known as Pope Franciscus, and Pope Francesco, in Latin and Italian respectively, was born Jorge Bergoglio, in 1936, in Buenos Aires. Positions that Pope Francis held before becoming a member of the clergy include working as a chemical technician, and as a nightclub bouncer. It’s no wonder that he is seen as an approachable pope of the people.
Follow Pope Francis on Facebook [Page no longer available – we have linked to the archive.org version instead]

Of course, most people know actress Nichelle Nichols as Star Trek’s Uhura, but this celebrated actress is also a singer, dancer, and ground-breaker. Praised by Martin Luther King Jr. for her unprecedented work as an African American actress, the 81-year-old Nichols continues to work, provide interviews, and post to Facebook.
Follow Nichelle Nichols on Facebook

Sister Helen Prejean’s work came to public attention in the movie “Deadman Walking”, in which Susan Sarandon played Sister Helen. Her deathrow ministry has involved a tireless campaign against the death penalty. Born in 1939 in Baton Rouge, Sister Helen joined her order in at the age of 18.
Follow Sister Helen Prejean on Facebook

Facebook Stalking You for Their Advertisers - Here's How
Argentina Prez sends Tweet Mocking Chinese Pronunciation of Letter R While on Diplomatic Visit to Ch...
You May Be Missing Private Messages on Facebook If You Aren't Looking in These Two Places
Woman Widowed by Terror Attack Sues Twitter for Enabling ISIS
Russian Official Tweets Racist Obama Tweet of Obamas and a Banana
Song Pop, the Multi-Player Facebook, Android and iPhone Game Like "Name That Tune"
Love Letter from Canada to the U.S.: The #TellAmericaItsGreat Hashtag and Internet Video Campaign
The Metaverse — Part 2: Imagining a Modern Metaverse
Share the knowledge

Number of people who have enjoyed this article: 1,859