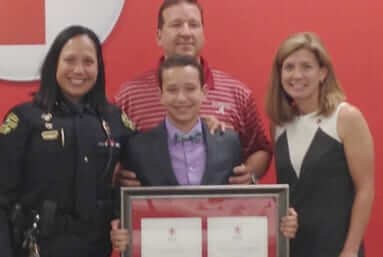 While parents often agonize over their kids’ smartphone usage, Steve Latham is grateful that his 11-year-old son Samuel knows how to use a smartphone. That’s because Sam Latham saved Steve’s life by using the Red Cross smartphone app when his dad seemed to be having a heart attack while driving.

As it turns out, Steve had eight blood clots that had hit his lungs, and, says Steve, he wouldn’t be alive today if his son hadn’t had the presence of mind to grab his phone, and open up the Red Cross app.


The symptoms started with intense chest pain, followed by Latham being unable to talk.

Says Sam, of the incident, “He was in a lot of pain, I could tell.”

So Sam grabbed his phone, and opened up the Red Cross app, which indicated that his father was probably having a heart attack.

Said young Sam, in an interview with ABC, “And the first thing that popped up was heart attack, and I was definitely starting to get freaked out by then.”

But instead of freaking out, the American Red Cross Junior Lifeguarding training he’d had the previous year kicked in, and Sam instructed his father to pull over, calling 911 and guiding paramedics to their car.

Says father Steve, “He was so calm, so it really it made me feel a lot better. It calmed me down because he was so calm.”

Last week the Red Cross presented Sam with is highest honour, the Lifesaving Award of Merit.

Says Sam, of saving lives, “It’s not something that only adults can do. Kids can actually save lives too.”

Apple iOS 8 Debuts QuickType, Voice Messages, HomeKit and HealthKit
Apple Google Contact Tracing a Reality with Release of Coronavirus Tracking App Interface
What You Need to Know about TikTok
Rejoice - Dockstar for Mac Mail Resurrected for Yosemite and Mavericks
ACLU Mobile Justice App Records Police Actions as They Happen
Have Your Starbucks Order Waiting for You with Remote Mobile Ordering
How to Look Good in Video Calling Apps
This One Simple Trick Will Reclaim Your Time and Reduce Your Stress 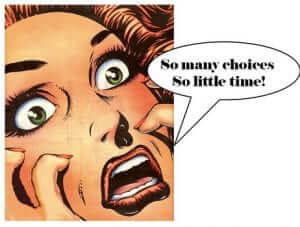 Do You Have FOMO? 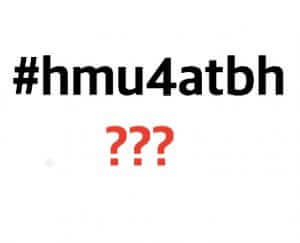 What Does #hmu4atbh Mean? We Explain