In a unanimous decision today, the United States Supreme Court has held that a government worker had no right to an expectation of privacy when it came to whether or not his employer might review the content of his text messages that were sent and received on employer-provided equipment, even those messages sent while he was off-duty.

In the case of City of Ontario v. Quon, the Ontario California Police Department reviewed text messages sent and received by their employee, Officer Jeff Quon, on the text pager which was provided to Quon by the Ontario PD, including messages sent while Officer Quon was off-duty. Quon objected, but the Supreme Court has held that Quon had no legitimate expectation of privacy.

It all started when the Ontario Police Department noticed that Officer Jeff Quon regularly went over his allotted quota of text message characters for the alpha-numeric pager they had provided to him as a member of the SWAT team.

In an effort to determine whether the quota was unreasonably low, and whether it was hindering the officers, or whether the overages were due to personal use of the pagers, the police department requested transcripts of the pager use. 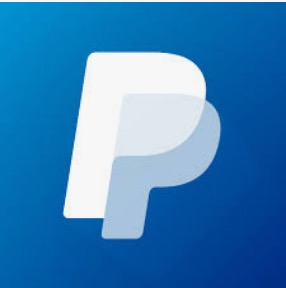 Upon reviewing the transcripts, the department determined that Quon’s overages were the result of personal messages, many of which were of a sexually explicit nature. These included messages to Quon’s wife, his girlfriend (oops), and even another member of the SWAT team.

Quon objected to what he considered to be an invasion of his privacy, leading to the lawsuit which the Supremes handed down today.

In considering the Supreme Court’s decision – that Quon had no right to privacy when it came to the text messages on his department-provided pager – it’s important to keep in mind that Quon had agreed, in writing, to the City of Ontario’s “Computer Usage, Internet and E-Mail Policy”. According to the opinion, the policy “specified that the City ‘reserves the right to moni­tor and log all network activity including e-mail and Internet use, with or without notice. Users should have no expectation of privacy or confidentiality when using these resources.'”

And while the Supreme Court takes note of the different manners in which email and text messages are transmitted and received, technically speaking, they also note that “the City made clear to employ­ees, including Quon, that the City would treat text mes­sages the same way as it treated e-mails, telling Quon and others “that messages sent on the pagers ‘are considered e-mail messages. This means that [text] messages would fall under the City’s policy as public information and [would be] eligible for auditing.'”

The bottom line is that, according to the Supreme Court, Quon had no reason to expect that his text messages on his employer-provided pager would be protected by a shield of privacy, and that the Ontario Police Department’s behavior in looking at the text messages was not an impermissible invasion of Quon’s privacy.

Said Justice Anthony Kennedy, who authored the main opinion for the Court, “Quon could have anticipated that it might be necessary for the city to audit pager messages to assess the SWAT team’s performance in particular emergency situations.”

Number of people who have enjoyed this article: 4,623